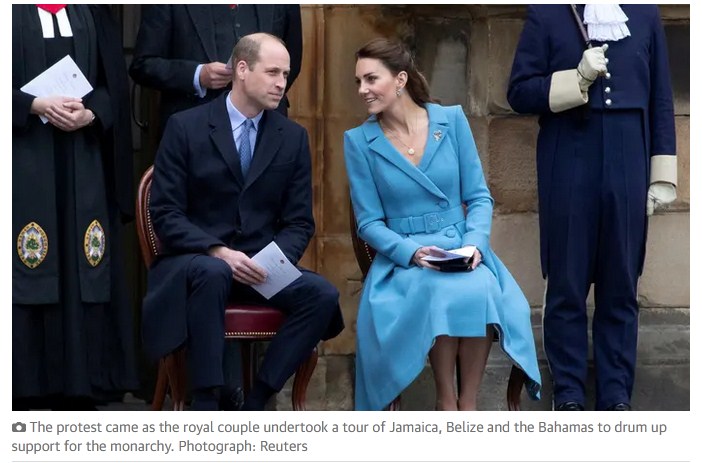 The Duke and Duchess of Cambridge, Prince William and his wife Kate, have been prevented from visiting Indian Creek village in Belize. The scheduled visit to the village and other parts of Belize would have kick-started the royals Caribbean tour. Their plan is to visit Belize, Jamaica, and the Bahamas.

The helicopter of William and Kate was supposed to land at a local football field where they would be met with Belize’s Governor-General Froyla Tzalam who would then lead them to Belize City to meet Prime Minister Johnny Briceno. On the entourage of the duke and duchess were 15 personalities which included a press team, secretaries, and a hairdresser.

The royals had planned to visit the Akte’il Ha cocoa farm in Indian Creek village on their first visit on Saturday, but the local residents would not permit their helicopter to land at the football pitch. The local people claimed they were not informed of the royal’s visit and that they would not want their helicopter to come down on their land.

“We don’t want them to land on our land, that’s the message that we want to send,” said chairman of the Indian Creek village, Sebastian Shol. “They could land anywhere, but not on our land.”

The resistance stemmed from a crisis between the residents of Toledo and Flora and Fauna International (FFI) of which Prince William is a patron. FFI is a conservation organization that claimed to purchase land at nearby Boden Creek in December 2021 from private owners. The plan is to make the land a conservation property for local wildlife to boost economic and traditional values for the local people.

But protesters seem to view the land purchase as an extension of British influence in Belize given the recent call in the Caribbean for the nations to declare absolute independence from Britain, just like Barbados did four months ago. Others see the visit of William and Kate as a way to convince English-speaking Caribbean nations to remain faithful to the British monarchy, instead of encouraging them to cut all legal and economic ties by becoming independent republics.