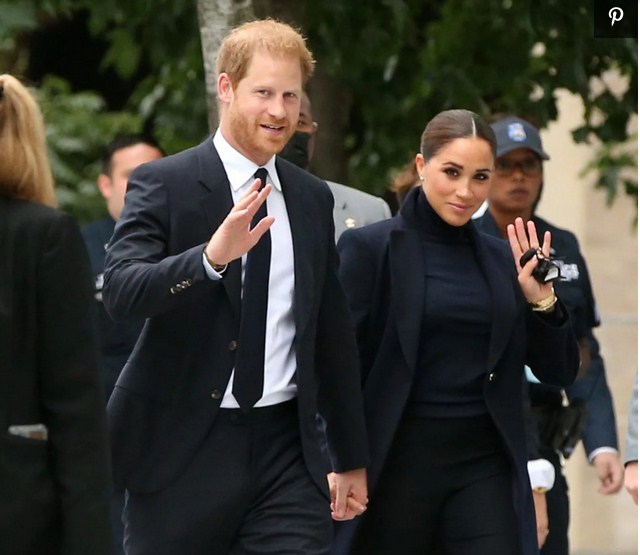 The Duke of Sussex, Prince Harry, and the Duchess of Sussex, Meghan Markle, were both in New York City ahead of their appearance at the Global Citizen Live event in Central Park on Saturday. They visited the Carlyle Hotel which was often visited by Harry’s late mother, Princess Diana, the Princess of Wales, during her visits to New York City.

Harry wore a classic black suit and tie while Meghan wore a black turtleneck, trousers, and jacket. They visited NYC Mayor Bill de Blasio and California Gov. Kathy Hochul, and they all went to the One World Trade Observatory. When they flew into the state, they were said to have dined at Behelmans Bar on Wednesday. They were at the observatory on Thursday and also visited the 9/11 Memorial.

The royal couple’s 2-year-old son Archie and 3-month-old daughter Lilibet were not with them during the visits. The royal children were believed to have been left behind in the Montecito, Calfornia, home.

Harry and Markle may likely stay at the 1,800-square-foot Royal Suite, which was used by Princess Diana and now costs a minimum of $8,000 per night. In 2014, Harry’s senior brother, Prince William, and wife Kate Middleton also stayed at the Royal Suite when they visited NYC.

According to hotel officials, the Royal Suite features Steinway or Baldwin baby grand pianos, plasma HDTVs, Kiehl’s toilet fixtures, Nero Marquina, and Thassos marble finishes for the bathroom, as well as monogrammed terrycloth bathrobes among others.

Meghan told reporters that she was happy to be back in NYC. She had her baby shower in the Big Apple state in early 2019, and it was attended by friends such as Serena Williams, Amal Clooney, Gayle King, and Jessica Mulroney among others. And later that same year, she returned to watch Williams in the US Open final.

Harry, 37, and Meghan, 40, support charity campaigns since they stepped down from their royal duties in early 2020. They were both campaign chairs for the Global Citizen’s VAX Live and always spoke about vaccine equity for the organization. They said they will continue to work with world leaders to make the COVID-19 vaccine available to everyone in every corner of the world until the pandemic becomes a thing of the past.