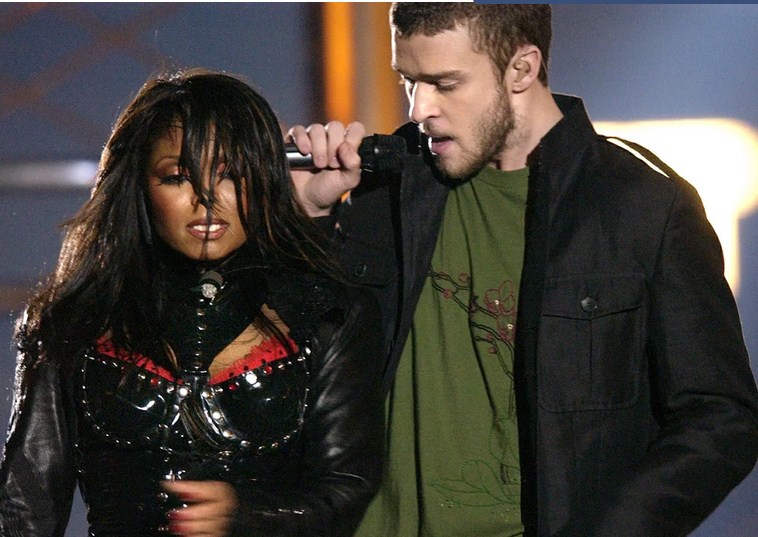 The New York Times documentary on the 2004 Super Bowl incident in which Janet Jackson’s bra slipped off and her right breast got exposed momentary has been found wanting on many fronts. The documentary titled Malfunction: The Dressing Down of Janet Jackson seeks to X-ray the events and the behind-the-scene plans that led to the wardrobe malfunction on stage, but several analysts have found it wanting.

As it happened, Jackson had been billed to perform at MTV halftime show at the Super Bowl in Texas alongside Justin Timberlake. Given that Jackson would sing Rhythm Nation and the song would transition into Timberlake’s Rock Your Body in which Timberlake would make a surprise appearance to sing his part of the song, the performance went according to plan until Timberlake pulled at Jackson’s blouse and revealed her breast.

The more than 140 million viewers that caught a flash of Jackson’s naked breast were unforgiving, and the shame and punishment she suffered remain for many years. When the show was over, Timberlake had waited behind to make apologies to the crowd and organizers through the media, but Jackson couldn’t stand the wardrobe malfunction and had fled the scene. She left the stadium immediately, a development that further nailed her.

According to insiders, Timberlake had rehearsed briefly with Jackson in pulling at her tearaway skirt to reveal the bodysuit she wore inside. But when the act did not work as planned, the idea of revealing her inner suit following a pull at her skirt was scrapped – without the knowledge of the organizers. Jackson and Timberlake together with her wardrobe stylist then planned secretly to reveal her bra on stage and choreographed the scene.

During the short rehearsal, Timberlake pulled Jackson’s blouse and ripped it off to reveal the red lace bra she had under. But during the actual live performance on stage, Timberlake pulled at Jackson’s bustier, and it came off – together with her bra – revealing her naked breast. Fortunately enough, the stylist had fixed Jackson with a sunbelt nipple shield, which she had on. So on stage, her entire breast was laid bare, but it had a nipple shield on.

Then came the media attacks and the backlash from fans. Jackson issued two public apologies much later, but the damage had been done.

“The decision to have a costume reveal at the end of my halftime show performance was made after final rehearsals,” she apologized. “MTV was completely unaware of it. It was not my intention that it go as far as it did. I apologize to anyone offended — including the audience, MTV, CBS, and the NFL.”

Her new album Damita Jo flopped as a result of the incident, and radio and TV channels would not play her songs. The incident facilitated Timberlake’s phenomenal rise but eroded Jackson’s honor and career. The New York Time’s new documentary of the event has however failed to address certain issues regarding the incident, and analysts think the feature is one-sided and biased.