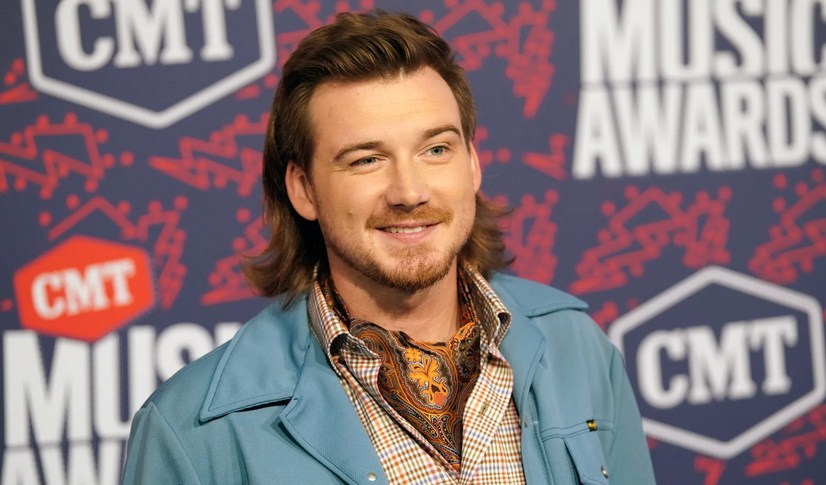 Country music star, Morgan Wallen, has been nominated for two awards at the 2021 American Music Awards (AMA). But he will not be attending the show or participating in any form according to a statement released by the organizers, MRC Live & Alternative. The country musician is barred from this year’s award show because of a racial slur incident, Fox News reports.

Wallen is nominated for the “Favorite Male Country Artist” and “Favorite Country Album” awards. But the organizers said he cannot attend since his recent behavior does not align with the values of the organizers and the spirit of the award. The award ceremony will take place at Microsoft Theater in Los Angeles on November 21.

“Morgan Wallen is a nominee this year based on charting,” MRC Live & Alternative disclosed. “As his conduct does not align with our core values, we will not be including him on the show in any capacity (performing, presenting, accepting). We plan to evaluate his progress in doing meaningful work as an ally to the Black community and will consider his participation in future shows.”

In February, a video surfaced where Wallen is seen launching a racial slur on some black persons. The incident sparked public outrage, and the singer apologized for the misdemeanor. But radio stations stopped playing his music and streaming services dropped his songs from their playlists.

His music label also disowned him, and the Academy of Country Music Awards disqualified him from their events.

Yet the sales of his “Whiskey Glasses” song soared and his “Dangerous: The Double Album” album witnessed great commercial success. Wallen did not only apologize for his racial slur, he donated about $500,000 to the Black Music Action Coalition and other organizations. He also checked into rehab and took time off to work on himself.

“I was around some of my friends, and we say dumb stuff together,” said Wallen. “In our minds, it’s playful. That sounds ignorant, but that’s really where it came from. And it’s wrong.”

The 28-year-old singer’s album was No. 1 for several weeks after the incident, and it currently sits on No. 8 on Billboard 200 after 41 weeks. MRC Live & Alternative explained that nominations for AMA are determined by fans and their interactions with music; these interactions include streaming, album sales, song sales, radio airplay, and social engagement.

Wallen or his management team has not responded to his ban from attending AMA as at press time.