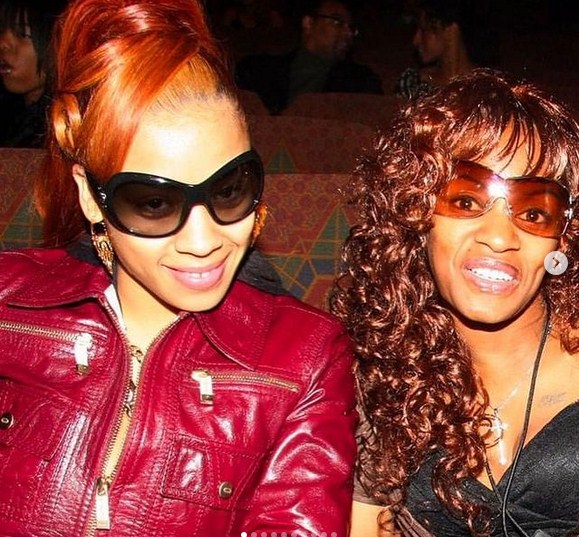 Keyshia Cole has voiced out her deepest emotions over her mother’s Sunday death in Oakland. Her mother, Frankie Lons, reportedly died of a drug overdose following decades of drug addiction problems. In an emotional Instagram post on Friday, Cole said she would miss her mother and would do anything to fulfill her dreams of bringing her entire family together. She was 61.

“When you said all you want is to have all of your children in one place, at one time, meant the most to you…” Cole wrote. “And I’m completely down to do that for you. Even though our differences…we love you. I love you so much!”

This would be the first time that the Hip-Hop artiste would open up following the death of her mother. Although Cole and her mother were not close while she was growing up since she was raised by family friends and relatives, both daughter and mother reunited in their adulthood and they became very close. She detailed their newfound relationship in “Keyshia Cole: My New Life.”

In her Instagram tribute to her mom, Cole said she found it difficult to express the feelings of loss she was going through. “Can’t really even find the words” to say, she wrote. “I honestly don’t even know how to feel. You can never prepare for something like this.”

She said she constantly recalled her mom’s words and would often quote them now that she is gone. She said her mother was so funny and that “your humor was unmatched. Naturally so funny. That’s what I loved about your personality…we all did.” All the children of Frankie Lons are not known, but Cole is resolved to bring everyone together again under one roof to match the desire of her departed mother.

The singer thanked her fans – she has 6.7 million followers on Instagram – and supporters for staying by her during the grieving moments, adding that these are really “hard times” for everyone.