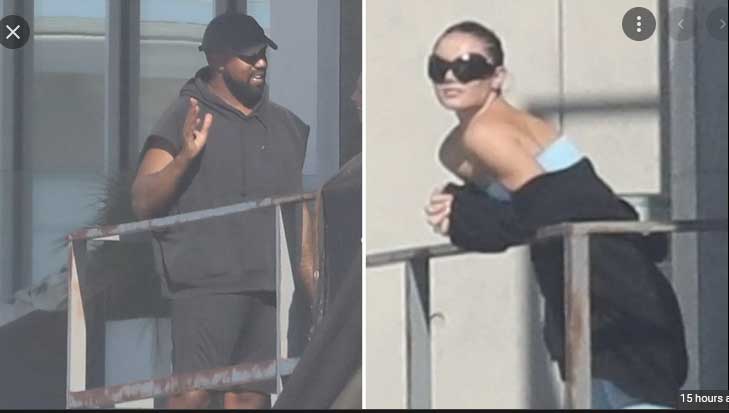 Kanye West was on Friday seen with a mystery lady who was later identified as OnlyFan model Monica Corgan. The duo inspected Kanye’s new Malibu mansion which he bought last year September for $57.3 million. He is currently reconstructing the mansion to suit his tastes – analysts said the 3,665-square-foot beach-front property has four bedrooms and five bedrooms.

He was at the property to meet with hiring designers and contractors who were working at the site. He reportedly purchased the property, which was first listed on the market for $75 million during his tumultuous divorce from Kim Kardashian. The house was designed by Japanese self-taught architect Tadao Ando – Kanye fell in love with Ando’s designs after he saw some of them during a past visit to Japan.

Kanye, who prefers to be called Ye now, remained a thorn in the flesh of Kim during her romantic relationship with Pete. But he has not been as vocal since their split recently. Shortly before their breakup, Kanye posted a deceptive New York Times front page headline in which he wrote “Skete Davidson Dead at Age 29.” He also took a swipe at Pete’s former girlfriend, Kid Cudi.

“Kim won’t stand for this,” a source close to Kim revealed. “She is demanding that Kanye take the post down, but he won’t. She has been vigorously defending Pete. She’ll never get back together with Kanye over the way he’s treated the people she loves and respects.”

Although Kanye and Corgan did not display any affectionate intimacy during their visit to the Malibu home, they exhibited some level of closeness that indicated they might be dating. At one time, Corgan took in the sun on the balcony of the house, and at another time, she chatted heartily with Kanye before taking a close look at the screen of his phone while they shared some jokes.