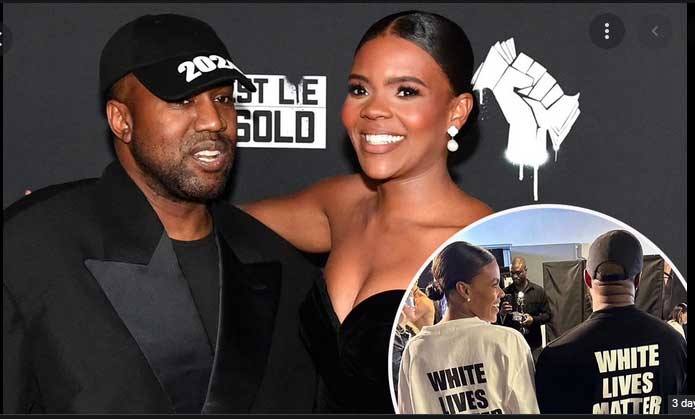 Rapper Kanye West is currently crying that the Jewish media has stopped covering him following his series of rants and threats against the Jewish community. He also complained that JPMorgan Chase bank has stopped his banking operations following his personal and social media troubles, Page Six reports.

Just a week ago, Kanye threatened to deal with the Jewish community for condemning his “White Lives Matter” campaign. He even threatened to use Diddy as an example to the “Jewish people” that he cannot be influenced. He alleged that Jews sent Diddy to placate him, and that Diddy did wrong by trying to call him to order.

“This ain’t a game,” he tweeted. “Ima use you as an example to show the Jewish people that told you to call me that no one can threaten or influence me. I’m a bit sleepy tonight but when I wake up I’m going death con 3 On JEWISH PEOPLE. “The funny thing is I actually can’t be Anti-Semitic because black people are actually Jew also You guys have toyed with me and tried to black ball anyone whoever opposes your agenda.”

And then on Sunday’s episode of Revolt TV’s Drink Champs podcast, Kanye lamented that the Jewish media has shut him out and that he is livid about it.

The 45-year-old Yeezy designer and entrepreneur also revealed that JPMorgan Chase bank said they are terminating their business relationship with him by November. He referenced Candace Owens, who published a letter sent her by the bank to the effect that Kanye is no longer welcome to bank with them.

“I put $140 million into JPMorgan, and they treated me like s–t,” Kanye fumed. “So if JPMorgan Chase is treating me like that, how they treating the rest of y’all? I am outraged.”

And as if his rants were not enough, Kanye also claimed on the Drink Champs podcast that George Floyd who was suffocated to death by Minneapolis police office Derek Chauvin in May 2020 did not die because the officer knelt on his back, but because he had fentanyl in his system.

“I watched the George Floyd documentary that Candace Owens put out,” he said. “One of the things that his two roommates said was they want a tall guy like me, and the day that he died, he said a prayer for eight minutes. They hit him with the fentanyl. If you look, the guy’s knee wasn’t even on his neck like that.”