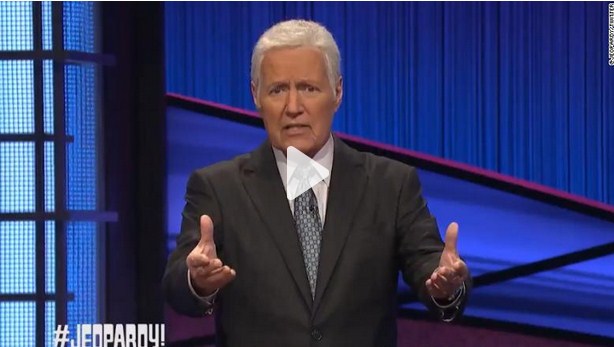 In a prerecorded show before his death, Alex Trebek sent out a wonderful Thanksgiving Day message to Americans asking them to be grateful and hold on steady. Ahead of the scheduled broadcast of the show, Jeopardy! tweeted the short clip on Thursday. Trebek passed on November 8, after battling with pancreatic cancer for several years.

In the message to millions of viewers of Jeopardy! around the world, Trebek referenced the coronavirus pandemic that has devastated the world and said that despite the hardships and death tolls that Americans have had to contend with, there’s a lot to be grateful for. He said lots of people were also reaching out to neighbors and others around them, which he said was a good thing. He promised everyone that we’re all going to get through it all only to come out stronger.

There were no comments from representatives of the show on when that particular episode was shot. Trebek, who was aged 80 before he passed on, was one of America’s great game show host. He shocked fans when he announced in March last year that he had pancreatic cancer. He said he was undergoing chemotherapy and was trying to stay strong, Fox News writes.

However, fans were treated to a surprise when Trebek made a comeback to host episode 37 of the show. He had hosted about 8,000 episodes of the show in his 35 years in the saddle.

The son of a Ukrainian chef, Trebek was born in Canada and lived the better part of his teenage and adult age in Canada before emigrating to the United States in 1973. After working on a number of game quiz shows, Trebek landed the gig to host Jeopardy! That singular gig changed his life.

The message of America’s beloved host is coming at a time when Americans are celebrating Thanksgiving while grappling with the rising cases of coronavirus infections all around the country. Over 250,000 Americans have so far fallen to COVID-19, and about 13 million people in the US have contracted the virus since the pandemic began.

The show is set to begin productions come November 30, with interim guests taking charge in the meantime.