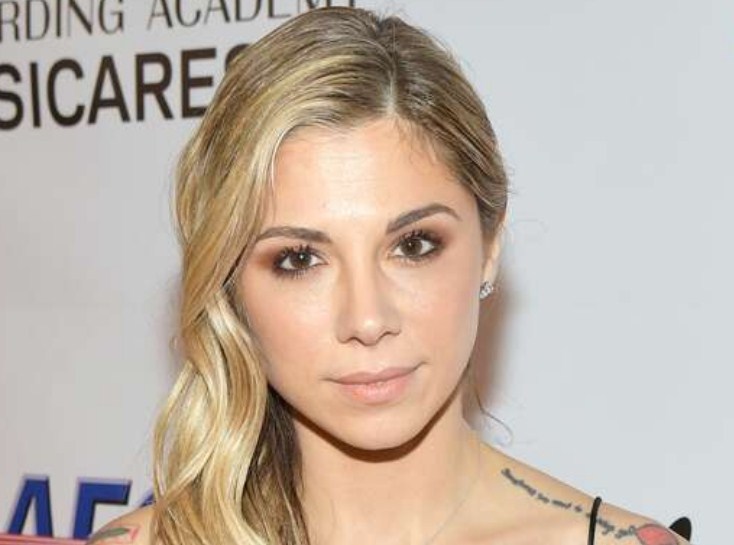 Singer-songwriter Christina Perri has announced the tragic loss of her newborn that arrived much earlier than usual. She revealed the baby girl had a birth defect and was scheduled for surgery once she arrived, but this was not to be since the baby was “born silent”. Perri had earlier announced that the baby had complications and might undergo surgery, so she was placed on two-week hospital admission pending the early arrival of the baby and the subsequent operation.

The 34-year-old and entertainment journalist husband Paul Costabile announced on Instagram that “last night we lost our baby girl. She was born silent after fighting so hard to make it to our world. She is at peace now and will live forever in our hearts.” The couple took a photograph of themselves holding the little hand of their dead child.

The “A Thousand Years” singer had earlier experienced an unfortunate miscarriage in January and had hoped that the recent pregnancy would turn out fine. She has another baby, Carmella, with her husband, but expressed appreciation for the goodwill of her fans during the period of her hospitalization for the recently lost newborn.

When Perri first learned that her baby had a defect and may arrive early as well as undergo surgery, she urged her fans to pray for her and the baby. “Please send some love from your heart to the little heart beating in me that we all make it through this,” she wrote. “I’m grateful for doctors and nurses and will do whatever they suggest we do.”

The unborn baby had been diagnosed with Jejunal atresia, a birth defect which The National Center for Advancing Translational Sciences described as a condition where the small intestines fail to develop properly, making the membrane between the intestine and the abdominal wall absent or underdeveloped. There is therefore a blockage since the intestine twists a blood artery that carries blood to the colon. The condition can only be corrected with surgery.

Perri said she will remain strong for herself and the millions of women around the world who suffer miscarriage and stillbirths daily. She even said she and her husband will try for another baby again when the time feels right.

“I want to continue to help change the story and stigma around miscarriage, secrecy, and shame,” she wrote. “I am so sad but not ashamed. I am ever reminded how amazing and powerful women are at making life and at healing. To all the mothers who have been here and who will be here, I see you and I love you. When the time feels right we will try again, but today, we mourn our little life lost.”