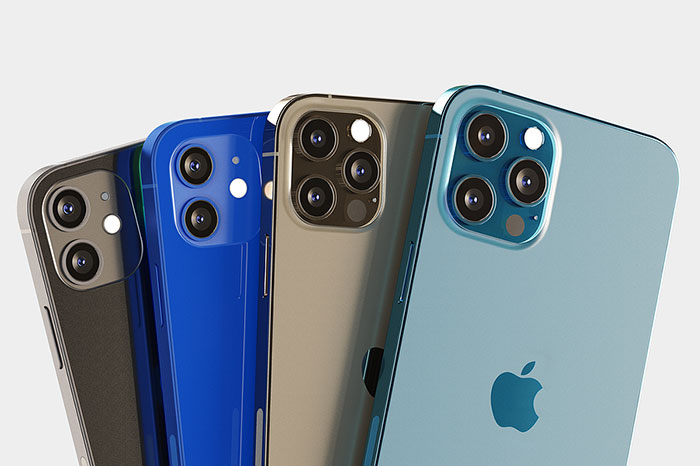 The newly-released iPhone 12 has beaten Samsung Galaxy Note 20 in a speed test. It only took the iPhone 1 minute and 3 seconds to finish the test compared to 1 minute and 16 seconds.

Almost in all of the criteria, iPhone 12 is faster and better than its counterpart. The speed test was also shown on YouTube and the iPhone completed tasks much faster.

The iPhone comes with the A14 Bionic SoC while the Galaxy Note 20 Ultra comes with the Snapdragon 865+ SoC. Technically the first one is better than the latter, but the performance difference is clearly something worth paying attention to.

iPhone 12 also provides an incredible experience in trading as well. We will also have a look at this topic in the article.

When we talk about the best smartphones for trading it should be said that not every one of them is a good choice and it is essential to have a look at different indicators.

Mobile trading grows rapidly and every year smartphones with incredible specifications are released – iPhone 12 and Galaxy Note 20 are prominent examples of that trend. When it comes to choosing a smartphone for trading we can mention three categories that you need to consider: operating system, screen size, and battery life.

From Windows phones to iOS and Android there are a number of operating systems that are available for trading. In general Windows, phones are not that great for trading so it all comes down to a choice between Android and iPhone.

In 2016, Android had a slight advantage over the iPhone, but in 2017 the iPhone caught up with it. Now both operating systems go side by side, so you can choose any of them.

It’s fair to say that both Android and iPhone are excellent OS for trading on Forex.

You don’t need the most expensive phone in the lineup to trade. As for the specifications, even budget modern smartphones have more than enough power for mobile trade.

But if power isn’t important, what’s important? The most important factors are screen size and battery life.

How important is the size of the screen and battery life?

Although you can also trade on a smartphone with a tiny screen, it will be very tiring and you are more likely to make a lot of mistakes. The big screen allows you to trade with much more comfort, which helps with very hard trades.

It is recommended to start trading with a smartphone screen with a diagonal of 5.5 inches or more. Small screens are very ineffective and hard to notice every detail.

If you have very thin fingers, you may be able to adjust calmly to trade with a smaller screen, but it is not recommended.

If the screen is too small to trade comfortably, chances are you’ll make more mistakes. And when trading, mistakes can cost you a lot of money.

Screen size is vital to trading on Forex using your phone.

Battery life is another important factor – you don’t want your battery to die in the heat of the trade. Trading requires a lot of power from a smartphone so it is vital to have a strong battery.

What other features does a new iPhone 12 have?

Regardless of the version, all iPhone 12s are built on the Apple A14 Bionic platform. This 5-nm processor is already shown in September on the new iPad Air, but at the presentation of smartphones about it told more. As noted in the company, the computer and graphics performance of the A14 is 50% higher than “some other” smartphones.

There are no other innovations in terms of communications in the iPhone 12 – Wi-Fi 6, NFC, not the freshest Bluetooth 5.0, and, of course, the proprietary Lightning connector. By the way, now in the package, there are no wired headphones, as well as a charging unit, but the cable was preserved and executed according to the Lightning-USB-C scheme.

Formally, the cameras of the new iPhone have changed little compared to their predecessors. The 12th and 12 mini are content with two sensors – the main 12MP and the wide-angle of the same resolution.

The iPhone 12 can now take photos in Apple ProRAW, and the video can take photos in Dolby Vision with 10-bit HDR. The latter has not yet been sold in smartphones by any of the manufacturers before Apple.

The volume of the built-in battery, as well as RAM, Apple always hides in their smartphones. The iPhone 12 is no exception. Indirectly, the smaller battery is evidenced by thinner cases and stated battery life. For example, the iPhone 12 Pro in multimedia mode should work 17 hours according to official data, while last year’s 11 Pro worked 18 hours without recharging. But the main thing is not this, but the new wireless charging MagSafe (fans of the MacBook, of course, remember this name), based on a magnetic coil with a power of 15 w. It is compatible and announced at the presentation accessories, such as a double charger or a case for a credit card with a magnetic mount. The power of wired charging remained at the same modest level – 18 W.