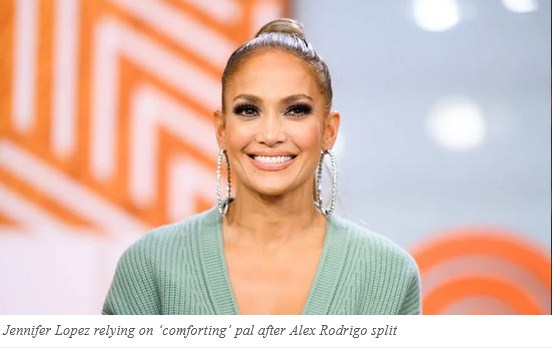 Jennifer Lopez is rumored to be relying more on former husband Marc Anthony following the news of her slip with Alex Rodriguez. The Hollywood ace star who is currently at a filming location in the Dominican Republic got engaged to Rodriguez in 2019 after the two met and became friends in 2017. But Lopez announced their breakup last month and said she will remain best of friends with Rodriguez.

According to close friends, Lopez ended her engagement with Rodriguez because she could no longer trust him. There were rumors that Rodriguez cheated on the actress and there were also rumors that the actress could not have enough time as she desired from Rodriguez. One source said “there are too many issues that are unresolved” between the estranged couple.

In fact, another source blamed the COVID-19 pandemic for their split, saying the situation of staying indoors together for a long time had removed the special spark that should have been there if they saw each other. The source speculated that being indoors together as a result of the lockdown made them tired of each other and forced Lopez to desire a separation.

While Lopez had announced that she and her estranged lover would remain friends and support each others’ businesses, a source said they will still go their different ways under the current circumstance. “They will try to be friends, and there is respect there. But they are definitely going their separate ways,” the source told People Magazine.

“Jennifer and Marc Anthony have a great relationship,” a close friend revealed. “Having Marc around while she has had to work abroad has been very comforting for Jennifer. Jennifer is doing well. She is still filming in the Dominican Republic. The kids have visited her and they make her the happiest.”