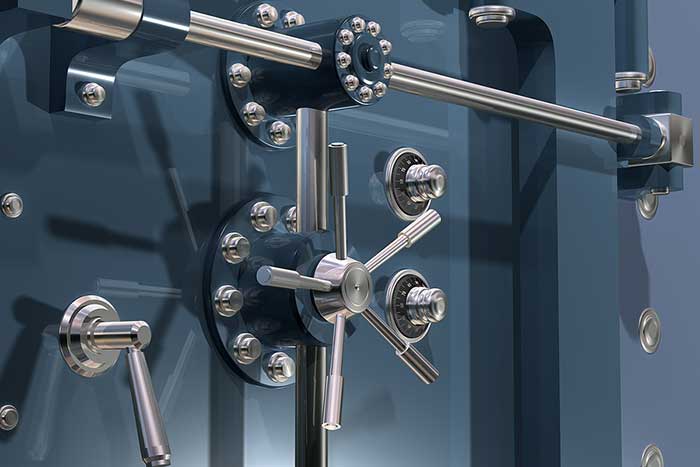 Banks act as a backbone for the global economy, without smooth banking transactions the whole global system of the economy will collapse. Banks Secure Their Data and flow of money from one end to another is swiftly done with the aid of a highly capable banking ecosystem. But we can’t deny the fact that Banks have to run under the constant dread of online frauds, hacking & cyber attacks.  To run this ecosystem smoothly banks must have a rigid and secure banking network to safeguard the money and priceless customers data. So the baking system has to always have an edge in technology to ensure that their invaluable data is protected. Modern Banks are seamlessly evolving with technology & futuristic approaches to secure data.

Here are the 5 methods through which Banks secure their data

It is the series of actions of verification of each and every transaction. It confirms the identification of the sender as well as the receiver. Whether the person is using banking services from the respective Bank application or from a bank website. The banking system also authenticates the third-party transactions that are raised from their third party vendors. The process of authentication is a multi factor-based authentication as it just not only authorises the id and password of the user but also verify identity using the one-time password or final secure transaction pin.

Banks cannot bear any loophole in their security. Banks Secure Their Data always with class-leading technology. The modern banking system secures its valuable data using the blockchain, which is the most sophisticated way of securing data making the whole data stored in a decentralized manner having unique identity code that is almost impossible to catch on without the authorization of major members of that blockchain. Also, the data is encrypted between the sender and receiver end so that it can be fully secured. Banks staff are given special equipment to deal with the banking system, they are given a system where accessing personal emails, social networking websites, USB ports are blocked etc. Employees work on secured wifi with encrypted VPN, in this manner, banks keep securing their data.

The data or logs of day-to-day transactions must be present for their customers in the form of a passbook or statement. It is security-relevant sequential data that is based on the chronology of events, statements, set of records. It has destination as well as source records that provide a scripted form of evidence of the sequence of actions. It is affected at a certain time by a certain operation, process, event, or device. To hold the security banking data warehouse, this audit trail is done on a priority mode and never goes out of action and always has to archive the relevant data in a regular manner.

Banks ensure several levels to secure their operation so that daily operation is tested and secured. Banks perform KYC (Know Your Customer) campaign updates for their customers as well as clients, NDA (nondisclosure agreement) for its employees and vendors, securing special areas within their compound, remote data centres. To reduce the insider threat and to safeguard the data breaches banks adopt DLP (Data Loss Prevention) methods. global and local regulations are also considered in this operation as any loopholes in the system can disrupt the whole banking operations in a large manner.

Banks secure their data by coordinating and sensitizing their customers to do the regular upgrade of the system, update with the new authentication system, adapt the new technology, etc that are generated in a periodic manner through emails, SMS, and public advertisements. As we have seen a huge surge in banking frauds these days in order to cope up the Bank do public advertisements and always do this in a periodic manner to aware their customers and to be secured from phishing traps and beware of the scammers.

Banks work tirelessly to secure their data so that the whole global economy works efficiently, as everything is getting digitized around the world so do the threat to security online. Banks adapt the class-leading technology to be always ahead in the rat race of  Banking data security.