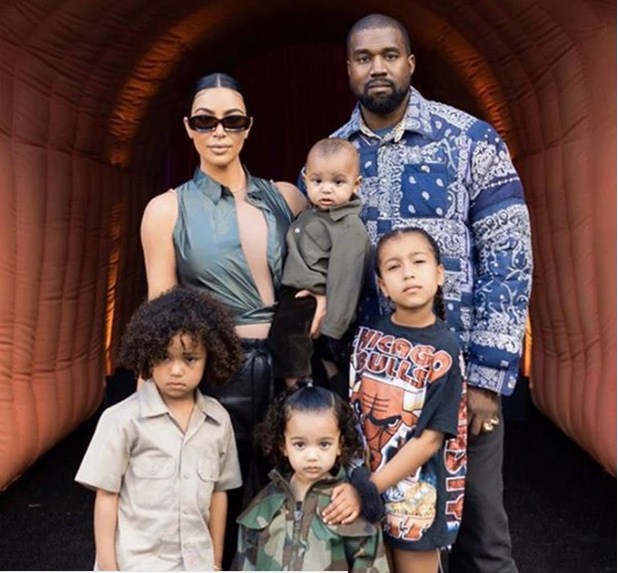 Internal sources have revealed that Kim Kardashian and Kanye West may be getting a divorce in the next few weeks. While Kardashian is said to be staying in their California home with their four children, West is said to be staying apart in their Wyoming home for several months now. Close friends of the celebrities reveal that Kardashian hired famous divorce attorney Laura Wasser to negotiate the terms of the divorce before a scheduled court filing.

“They have been living separately for the last few months,” a friend of Kardashian West disclosed. “They have been in marriage counseling and have discussed divorce, it’s on the table. Divorce is something that has been discussed off and on for the past year, but Kim has not wanted to move forward on that.”

Kim, 40, married Kanye, 43, in Italy in 2014. Kim had previously been married to former NBA player Kris Humphries, and then music producer Damon Thomas, before marrying West. Kanye had also been engaged to designer Alex Phifer before breaking off the engagement and getting married to Kim. The celebrity couple has four kids – daughter North, 7; son Saint, 5; daughter Chicago, who turns 3 next week; and son Psalm, 19 months.

Friends reveal that Kardashian had been trying to keep her marriage intact for years but has now reached her tipping point and can no longer hold it together. They stated that the couple is currently living separately so that they can quietly discuss their divorce plans in secret. Kardashian has not been wearing her wedding ring for many months, according to her friends, and she has retained the services of Laura Wasser to help iron out their settlement talks.

Wasser helped Kardashian with her previous divorces and has represented top celebrities such as Angelina Jolie, Britney Spears, and Johnny Depp among others. She usually gets her clients to agree on settlements in private before proceeding to file divorce papers in court. While Kardashian is planning to become a lawyer in the nearest future – and West planning to become the United States president in the next four years – it is believed that their settlement talks will include their Calabasas, California, home which was purchased for $40 million and renovated with another $20 million.

“Kim is trying to get Kanye to turn over the Calabasas house to her because that’s where the kids are based and growing up,” a source close to the couple said. “That is their home. She owns all the land and adjoining lots around the house, but Kanye owns the actual house. They’ve both put a lot of money into renovating it. This isn’t the first time they’ve been talking about a split, but this time it is way, way more serious.”