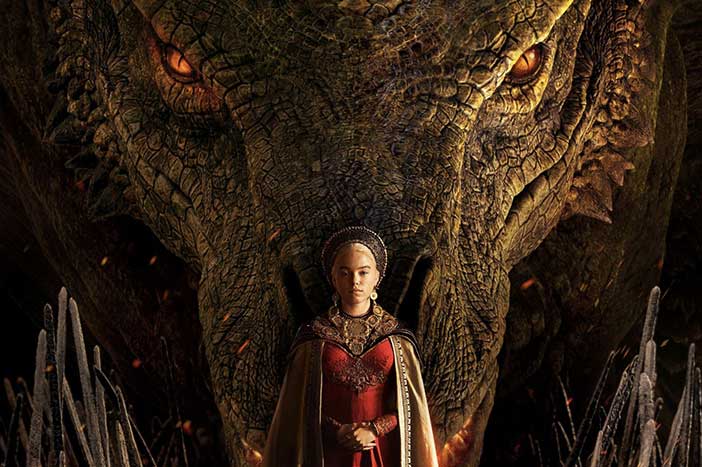 HBO has renewed the contract for House of the Dragon after more than 20 million people watched the movie on the first night it premiered. That viewership figure represented the largest audience that HBO had ever recorded for the premiere of any new original series. The movie was endorsed for a 10-episode season in 2019 and with the latest renewal for season 2, it might be on its way to that destination.

House of the Dragon is a series that prequels Game of Thrones and set centuries before the events of Game of Thrones. The movie tells the story of an inglorious Westeros family where the inbreeding of dragon riders is commonplace. It was produced by Ryan Condal and George R.R. Martin and based on the novella The Princess and the Queen.

HBO’s vice president of programming, Francesca Orsi expressed satisfaction with the performance of the movie since its release on Sunday, having generated more than 10 million views on all HBO Max platforms that first night. She said HBO is glad to approve the series for season 2.

“Our phenomenal cast and crew undertook a massive challenge and exceeded all expectations, delivering a show that has already established itself as must-see-TV,” Orsi said. “A huge thank you to George, Ryan, and Miguel [Sapochnik] for leading us on this journey. We couldn’t be more excited to continue bringing to life the epic saga of House Targaryen with season two.”

Although when the production of season 2 will commence and when it will premiere remain unknown, analysts believe it will succeed as much as season 1 if it brings new twists to the stories as well as new elements that were not in the source material.

House of the Dragon premiered as Amazon scheduled the release of The Lord of the Rings: The Rings of Power series. Given that HBO axed more than 36 movies and TV shows to declutter its platform and cut costs, it is believed that House of the Dragon will spike profits for the entertainment company ahead of HBO Max’s merger with Discovery+.