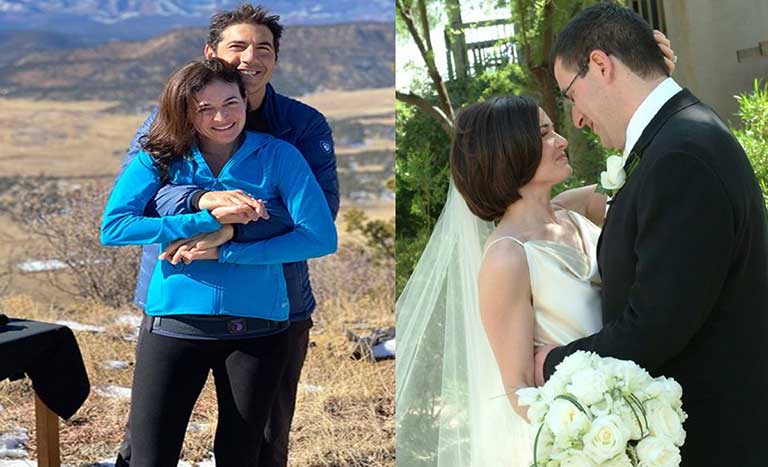 Sandberg was a widow, but Bernthal was a divorcee. They dated for three years before their eventual wedding. Bernthal, also a former NBC News producer, proposed to his newfound love with a ring bearing five diamonds – the number of their children – in 2020. They both indicated they were stepping out of marital losses when they met and never believed they were made for each other again.

“After both experiencing losses, Sheryl Sandberg and I weren’t sure we would ever find love again,” Bernthal stated after the wedding ceremony. “Over the last three years, we’ve merged our lives and blended our families. Our wedding today was a dream come true.”

The new couple posted a few wedding photos on Instagram after the wedding, with Sandberg simply tagging the major one “Married”. Goldberg was one of the officiating members for the wedding, and he noted that the wedding was “as close to Dave’s blessing” as possible. He seemed to be doing everything for his late brother, ensuring his widow was remarried and happy again with their children under the security of a new father figure.

“He (Goldberg) just knew I had to meet you,” Sandberg wrote to Bernthal in 2021. “When I shook your hand for the first time, I had no clue that you would be the one to change my life. Together, we have found a new path forward, one filled with so much gratitude and optimism.”

Ahead of the wedding gifts, they would be receiving, the couple asked their friends and well-wishers to send their gifts and donations to VOW and CARE – two charity organizations dedicated to anti-child marriage and poverty alleviation respectively. Through their wedding, Sandberg and Bernthal have been able to raise $1 for VOW and $10 million for CARE.

Facebook founder and CEO, Mark Zuckerberg, was allegedly absent from the wedding. Meanwhile, Sandberg will be exiting the social media organization in the fall – a move that some people said is related to her new marriage.