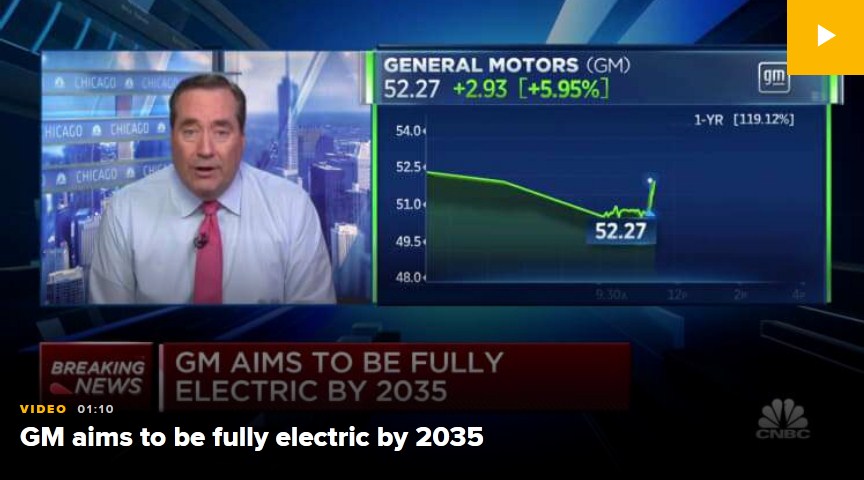 The company announced that when the projected timeline is due, it would have stopped the production of internal combustion engines. This move would be a significant step for one of the world’s largest automakers, whose vehicle lines are presently made up of significantly gas-powered cars.

The announcement by GM is expected to keep other automakers on their toes and prompt them to start making plans towards the production of zero-emission vehicles.

President Joe Biden recently made some executive orders on climate change that has been severely criticized by major players in the petroleum industry. The announcement by GM would bolster the Biden administration that looks set to continue in the swift step towards implementing climate change policies that have so far been hailed by environmentalists.

The move by the American automaker plan is also evidence that the world is looking past an economy powered by fossil fuels. The implication of the plans by GM is also expected to have far-reaching consequences for employees in the auto industry. Statistics reveal that this sector employed about one million people in 2019 and is currently the largest manufacturing sector in the US, NY Times reports.

Many Republican leaders who oppose Biden’s policy on climate change cite the numerous job losses it would cause in many sectors dependent on fossil fuels. They mention the auto technicians, mechanics, and related professionals that are at risk of job losses. With no oil to change and the occasional vehicle servicing, as it concerns gas-powered cars, many allied businesses in the auto industry are set to shut down.

While GM did not elucidate its move to join the electric car fray, a spokesperson for the company restated that GM was committed to leading the anticipated revolution sure to take place in the sector.

On the other hand, while GM is plunging fully into the electric car sector by 2035, other auto companies, mostly Europeans, have made modest projections. Automakers such as Daimler and Volkswagen have only promised a hybrid version of their vehicles in the coming years.

GM said it plans to become completely carbon-neutral by 2040. In its projected plan, the company said it would become entirely dependent on renewable energy for its US facilities by 2030 and global facilities by 2035.

Investors may have received the announcement by GM enthusiastically, as shares of the company went up by as much as 7.4 percent on Thursday morning. The company has a market cap of about $73 billion.

GM has been one of the leading automakers in the world, propagating the need for a paradigm shift in the industry towards zero-emission. Although the company has announced plans in the past to move ahead in this direction, it had never placed a timeline on its courses of action until Thursday.

The company said its transition to electric cars is one that would ensure the protection of the planet and its inhabitants.