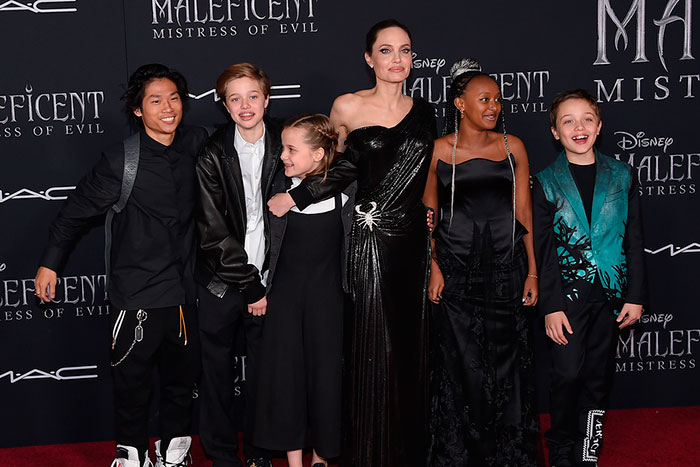 After years of silence following her divorce from husband Brad Pitt, ace actress Angelina Jolie has confirmed that she split from her actor husband for the wellbeing of her six children, Yahoo reports. Jolie said she decided to leave her husband after careful consideration of the wellbeing of her kids. The couple had been married for two years.

“I separated for the wellbeing of my family,” she said. “It was the right decision. I continue to focus on their healing.”

Jolie stated that she chose to keep silent following her 2016 divorce from Pitt for personal reasons. She noted that many people took advantage of her silence to spread lies against her children in the media, saying she taught them to ignore the lies and focus on their own truths and strengths. She however broke her silence over her split with Pitt earlier this year.

“The children see lies about themselves in the media, but I remind them that they know their own truth and their own minds,” she revealed.

Three of Jolie’s children are adopted – Maddox (18), Pax (16), and Zahara (15). The others are Shiloh (14) and 11-year-old twins Vivienne and Knox. Maddox is from Cambodia and Pax from Vietnam, two countries that were formerly at war with each other. She noted that she was first reluctant to adopt Pax since Maddox was from an enemy country with him, but she changed her mind after seeing an image of a Vietnamese fighter held captive by American authorities.

“I did originally think not to adopt from Vietnam because Mad was Cambodian and the two countries have a complex history,” she recalled. “I thought of my own country and our involvement in south-east Asia.”

Jolie said all her children embraced their different backgrounds, and that the entire family talks about adoption and orphanage with love and understanding. She said she doesn’t talk about her own pregnancy with them, but she talks about what it entailed to get to each child and the fond memories of looking into their eyes the first time they met.

The movie star said it is amazing to share in the worlds of her kids and she continues to learn from them. She said she is happy to share their world with them and to open up her own world to them. She added that the mystery of different races and religions is a journey to experience and that she is grateful to have her children bring a depth of meaning to her life.

“When they are from another race and foreign land, that mystery, that gift, is so full,” she stated. “For them, they must never lose touch with where they came from. They have roots that you do not. Honor them. Learn from them.”