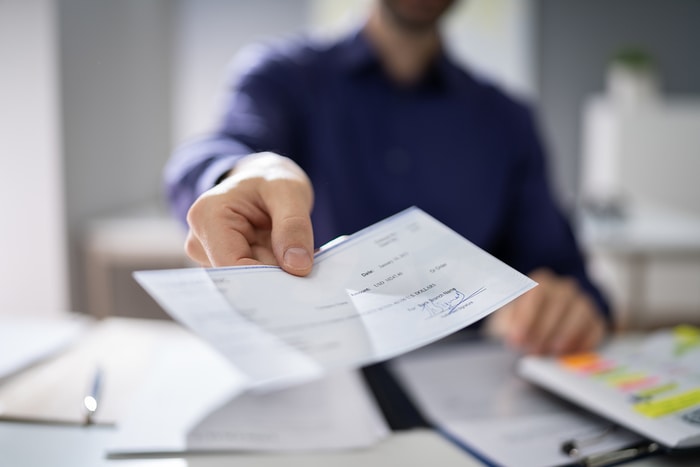 The quickest way to figure out if you live paycheck to paycheck is to ask: “If my income suddenly stopped, how long would I be able to meet my housing costs, utility bills and credit card debts?” People living paycheck to paycheck devote a large percentage of their incomes toward these expenses, so it would become difficult to stay afloat if something were to happen to that source of income.

Besides being a stressful way to live, living paycheck to paycheck puts Americans “at greater financial risk” due to their limited ability to save. If you’re in this boat — especially in light of economic forces out of your control, like the effects of the 2020 COVID-19 pandemic — rest assured you’re not alone by any means.

Here are three things worth knowing about living paycheck to paycheck, plus some tips for padding yourself against future emergencies and breaking this cycle.

Over Half of American Adults Live Paycheck to Paycheck

Many survey respondents cited pressure to “keep up with the Joneses,” particularly in the age of social media, as a reason for overspending. People tend to pay more attention to how others spend than how others save, which can motivate people to live beyond their means due to fear of missing out.

And, of course, there are larger forces at play too — like the fact the cost of living has risen steadily over the past decades while wages have remained largely stagnant in comparison.

High Earners Can Live Paycheck to Paycheck, Too

It’s a common misconception that living paycheck to paycheck only affects people within a certain income bracket. The truth is, anyone can end up devoting most of their income toward monthly expenses — leaving them with little in the way of savings and investments.

It may surprise you to learn nearly one in five households earning over $100,000 — or 18 percent to be exact — live a paycheck-to-paycheck lifestyle. As The Motley Fool writes, this often has to do with “lifestyle creep,” in which people take on more and more expenses as their income increases. So, rather than having more money to devote to saving and investing, people with high incomes can still end up saddled with proportionately high expenses to support their lifestyle.

Living paycheck to paycheck means struggling to save — or maybe even having to forego saving altogether to keep up with bills. This leaves many Americans in hot water if (more like when) a financial catastrophe occurs.

As Bankrate reports, almost three out of 10 Americans have no emergency savings whatsoever. Another one out of four Americans does have some savings set aside for unexpected costs, but not enough to float them for three months without income.

Breaking this cycle starts with taking a close look at spending habits to find ways to free up money for savings. It also means figuring out how to pay off debt so less of your income is going toward interest charges. Automating a small percentage of each paycheck toward a dedicated emergency savings account is also a great way to ensure this fund keeps growing over time.

Living paycheck to paycheck is risky. While it may be working fine for the present, any unexpected expense or income reduction can throw your finances into crisis. Start taking steps to build your emergency fund now, even if it means depositing just $25 from each paycheck. Revisit your budget and look for opportunities to cut back on spending. If you’re feeling pressure to keep up with friends, take a break from social media. You’ll thank yourself for these efforts when you have a safety net to fall back upon.