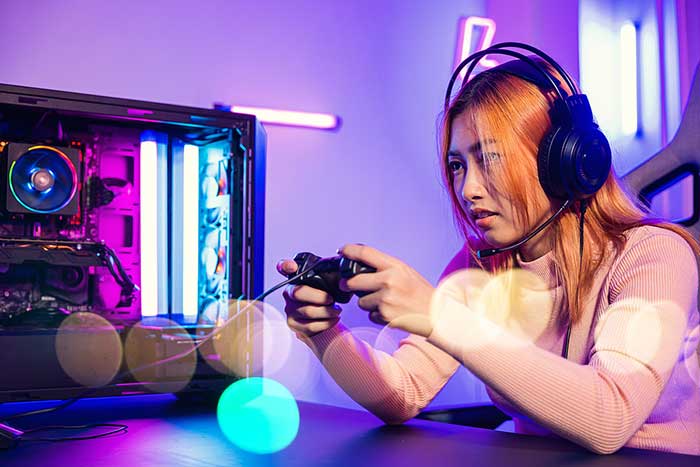 Hot off the success of open beta, Yeager: Hunter Legends from developer IGG is quickly approaching its final release on mobile systems. This multiplayer action title is one of IGG’s most ambitious yet, but can it stand up in the highly competitive marketplace? We take a look, and examine the battle Yeager: Hunter Legends has ahead.

Set on a fantasy landscape called Ekors, Yeager: Hunter Legends has solo or team players working to take down a variety of vicious beasts. Acting as an elite hunter called a Yeager, this game has you choosing and customizing your class, upgrading your weapons, and tracking down treasure as you tackle increasingly dangerous threats.

In terms of gameplay, Yeager: Hunter Legend brings to mind the type of action popularised by the Monster Hunter series. Depending on how you like to play, you can choose between slower and heavy-hitting weapons, faster and lighter weapons that let you engage with hit-and-run tactics, and everything in between. Combining long-ranged weapons with spells also gives more defensive players a way to fight, or you can mix and match for a more customized style.

Each of the larger creatures you fight in Yeager: Hunter Legends acts as a sort of puzzle, where the different weapon attacks and attributes determine how you find a solution. You can poke from afar and wear them down, or go in full force and attempt to knock the monsters into submission. So far, indications are that the title will be off to a great start. Longer term, we’ll have to see the endgame and how the content evolves before we can make a final judgment.

Mobile gaming has exploded in the last decade, going from simple games like Plants and Zombies to expansive and more complicated titles like this one. According to current trends, the mobile gaming part of the market is expected to reach $338 billion in value by 2030, operating by a 12.3% CAGR. Action-heavy titles, RPGs, and strategy games have been the biggest standouts for many players, despite early concerns that these might not adapt well to mobile systems.

A big part of this success is owed to the free online games no downloads hits. These avoid the considerable waiting times made famous in the PC and now console space, so players can just pick up and play. Thanks to flexibility which now expands over a range of systems, from mobile out to PC, desktops, and tablets, players have a way to engage with their mobile titles however they want. Games that are limited to certain systems lack this choice, which has caused problems in the PC/console-only space.

Already playing a more valuable part in modern gaming than their older cousins, mobile titles like Yeager: Hunter Legends could soon be the new standard. As fans of playing on the go, this suits us just fine, but it does raise questions about the future state of other sides of the gaming industry. At least the one thing we can be sure of is that there’s certainly room enough for everyone.