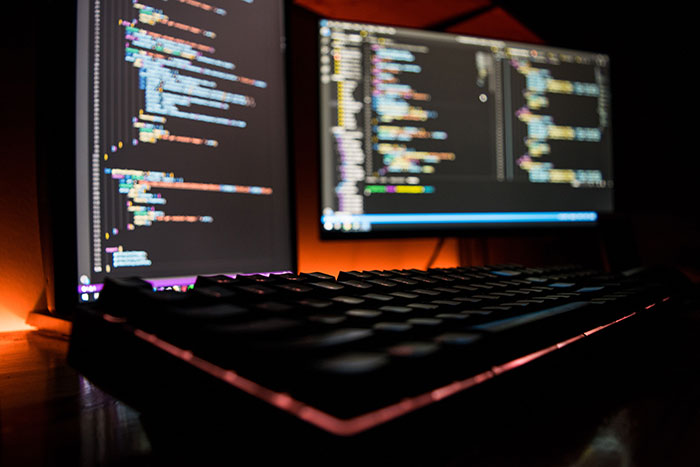 Coding is a fundamental part of software development. Once you decide to build your own software, you need to consider which programming languages and frameworks to use. Wikipedia says that there are about 700 programming languages. Surely you don’t need all of them to build a workable solution. But how to choose the most suitable ones?

With so many programming languages available, it is hard to choose the best one for your web development project. This article will help you clear the doubt by giving you knowledge of some of the most in-demand languages for web development.

A Brief Intro Into Programming Languages and Frameworks

There is no such thing as ‘the best programming language’ as they’re used for running different layers of software programs or help build various features. However, some languages are more popular than others.

Depending on the layer, software engineers use different languages. Front-end software developers build in JavaScript, HTML, and CSS, whereas back-end engineers use JavaScript, Ruby, Python, Java, and PHP for building web apps. If a web engineer can manage both front end and back end web development they are called a full stack web developer.

Aside from programming languages, web developers have a battery of other tools that accelerate app creation processes and minimize the number of errors. These are web development frameworks, libraries, platforms, and others.

Most Popular Programming Languages and Frameworks for Web App Design

As we’ve defined what programming languages and frameworks are, let’s see which of them are widely used in web app development.

HTML and CSS are the markup languages that are used in front-end development for text formatting and displaying data in a particular order. For example, HTML tells your browser how to paragraph and mark a text, whether to put it into tables and where to place pictures.

While HTML defines how to format data in your browser window, CSS adds design elements to it such as font types, background colors, margin width, and so on. HTML and CSS are easy to learn and used in every website, for these reasons they were placed on the second position of the Stack Overflow chart.

JavaScript has been taking a leading position in the chart of Developer Survey by Stack Overflow for seven years already and still remains one of the most popular programming languages to learn.

This language is commonly used in front-end development to make web pages interactive, displaying their content dynamically in a browser. However, the introduction of cross-platform and open-source environment Node.js made it possible to apply JavaScript to the back-end as well.

JavaScript has a rather flexible syntax and can be used almost anywhere like web and mobile apps, clouds, and much more. Therefore, it’s a great choice for newcomers in the IT-sphere.

JavaScript has a range of tools and web development frameworks to use it with, such as Angular.js, Vue.js, React.js, and others.

Angular.js is a front-end framework created by Google. It supports Javascript and Typescript programming languages and is used to build single-page apps and Model-Controller-View software design patterns.

Angular.js has strict syntax rules and a range of supporting tools, which makes app development consistent and clear. As Angular provides complete functionality, it can be rather heavy to run, especially if you don’t need the whole set.

Vue.js was created to provide only the necessary functions for web development and is much lighter in comparison to Angular.js. It can be used as a simple library or deployed as a full front-end framework.

React.js is a front-end open-sourced library that was created by Facebook in 2013. It’s used for creating one-page websites or mobile apps. React.js is simple to use, it’s fast and easy to scale. Often, web developers use React.js in the mix with other libraries such as MobX, Redux, and others. Due to its ability to compile with native iOS and Android codes, React.js helps web developers create apps with one front-end code basis for both platforms.

Python is a back-end development language that is widely used to build complex software in such areas as Data Science and Analysis, Artificial Intelligence, Machine Learning, Enterprise Software, and Web Applications. Yet, it has a clear and quite intuitive structure.

Python’s syntax strongly resembles the English language and it’s even taught at secondary schools, that’s why it can be a great choice for beginners. In Developer Survey by Stack Overflow, it takes the fourth place in its popularity while PYPL ranks it number one.

This language has a vibrant community of followers and a heavy pack of all kinds of libraries, frameworks, and tools used in a variety of fields, starting from mathematics ending to data science, and application building.

One of the most popular frameworks for Python is Django. It’s a back-end open-source scalable and effective developing framework that has high-security standards and provides broad functionality such as data serializing, authentification, caching, and others. Such well-known sites as Quora, Instagram, and National Geographic were built with Django.

However, if you’re aiming at developing a small web app then Django might seem heavy and cumbersome, so it’s better to use something lighter, like Ruby.

Ruby and Ruby on Rails Framework

Ruby is a back-end development scripting language that gained its popularity due to Ruby on Rails, a well-known web application framework. Many businesses like Airbnb and Spotify use this programming language. What is more, it’s used for developing web apps for SMEs and start-ups.

Ruby is of medium difficulty and has a flat learning curve, meaning that you’ll have to learn the basics well before you get to its advanced level. Nevertheless, Ruby is a great choice if you need to speed up the development and launch of your web app or a website. Ruby will do it faster than other popular programming languages.

Ruby on Rails is a back-end framework that dates back to 2005. Being a pioneer among frameworks, it facilitated the use of web technologies such as HTTP, JSON, CSS, and others. Ruby on Rails bases its operating rules on Convention Over Configuration and Don’t Repeat Yourself philosophies which suit perfectly for lightweight web app development.

PHP is one of the widespread back-end general-purpose development languages with a long history of 25 years. Such big names as WordPress, Wikipedia, and Facebook use PHP, however, it’s rather complicated and requires profound knowledge to be used efficiently.

Yet, this language gives no sign that it’s going to disappear from the market. TIOBE and Developer Survey by Stack Overflow put PHP in the 8th place of their rankings.

The PHP group constantly updates the language and by the release of the 7th version, they’ve improved its troubleshooting techniques and processing speed. In addition to that, PHP frameworks are known for their stability and are successfully used in web app development.

One of the most popular frameworks on PHP is Laravel. It’s an open-source web framework that dates back to 2011. Although it’s quite young, it’s already proved to be a robust PHP complement with its advanced authentication, relational database management, and dependency management features.

Java started as a popular language in the ’90s and is still in demand. PYPL placed Java in the 3rd position of its chart while Developer Survey ranked it number five. Java is so popular mainly due to its platform independence, which means that Java can run on almost any platform or device. With Java, you can build any software whether it’s desktop or Android-based.

Software engineers love it for its scalability, high productivity, robust memory, and strong security features. There are a lot of companies that use Java such as Twitter, Google, YouTube, and many others. However, Java has its drawbacks. For example, it’s not the best choice for small-scale app development as it takes much longer to build a web-app in Java than in any other popular scripted programming languages like Python or Ruby.

As powerful as Java, Spring is a back-end framework that was developed especially for this programming language. Spring provides rich functionality to software engineers that allow building complex software for big enterprises. Meanwhile, with its MVC architectural pattern web-developers can quickly create a web-app or a site. Spring facilitates app configuring, code support, code testing, and reduces code length. It also modularizes a code into packages or classes and software developers can choose which modules they want to work with. The Java apps that are developed using Spring are flexible, simple, easy to migrate between platforms, and very secure.

C Sharp (C#) is an object-oriented language that comes from a big C programming language family. When in 2000 Microsoft created C# it resembled Java in many ways. It also has its own ecosystem, called .NET and you can switch between C languages easily.

ASP.NET is an open-sourced framework that can run on any language that belongs to .NET, supporting the idea that an app written in .NET can be executed in any operating system by a runtime program instead of any specific language-supporting program. This makes ASP.NET a comprehensive framework for developing web software that runs on Windows, iOS, Android, and Linux platforms.

There is an immense diversity of programming languages and frameworks you can choose from to develop your web application. However, when choosing a technology it’s important to concentrate on your business needs. You need to decide how complex your web app should be, what platforms you want to run it on, what functions it should perform.

For a non-technical person, this choice may seem rather tough, therefore, it’s worth seeking help from a team of highly qualified professionals in software development that have broad experience of working with multiple programming languages and frameworks.