Have you ever felt that somewhere in the world there is someone exactly like you? Maybe is your evil twin, as infinite cartoons and movies have pointed out. Well, in this case, is not the evil twin but the funny one.

There are many movie stars that look alike, but the most iconic and well-known case one involving  Bill Murray and Tom Hanks. We wonder who will be the evilest of both? We bet on Murray since no one is that awesomely happy without having something wrong.

Well we have the answer to that question:

In this case, the dispute over the eternal question of “who was first Hanks or Murray” was brought to the table by Graham Norton on his show. Due to a picture in wich Bill Murray, supposedly, appears with a crying baby using an orange overall.

It’s the dress drama all over again, the resemblance between the “Ghostbuster” actor and the Forest Gump is impressive. Trust us is equally confusing, and it doesn’t come with an explanation. The original picture belongs to the crying baby’s mom Laura Di Michele-Ross, who originally posted the picture 3 years ago in her Facebook group called “Reasons My Son is Crying” after meeting Murray on a golf course in Scotland.

Hate to break it to you guys

Even though the evil twin theory comes out pretty solid, Hanks admitted that the one in the photo wasn’t him. Since he would have known of course. The Academy winner stated that “I’ve been doing a pale imitation of Bill Murray for most of my career,” Also he admitted that they both look incredibly alike and that Bush did 9/11, what too soon? 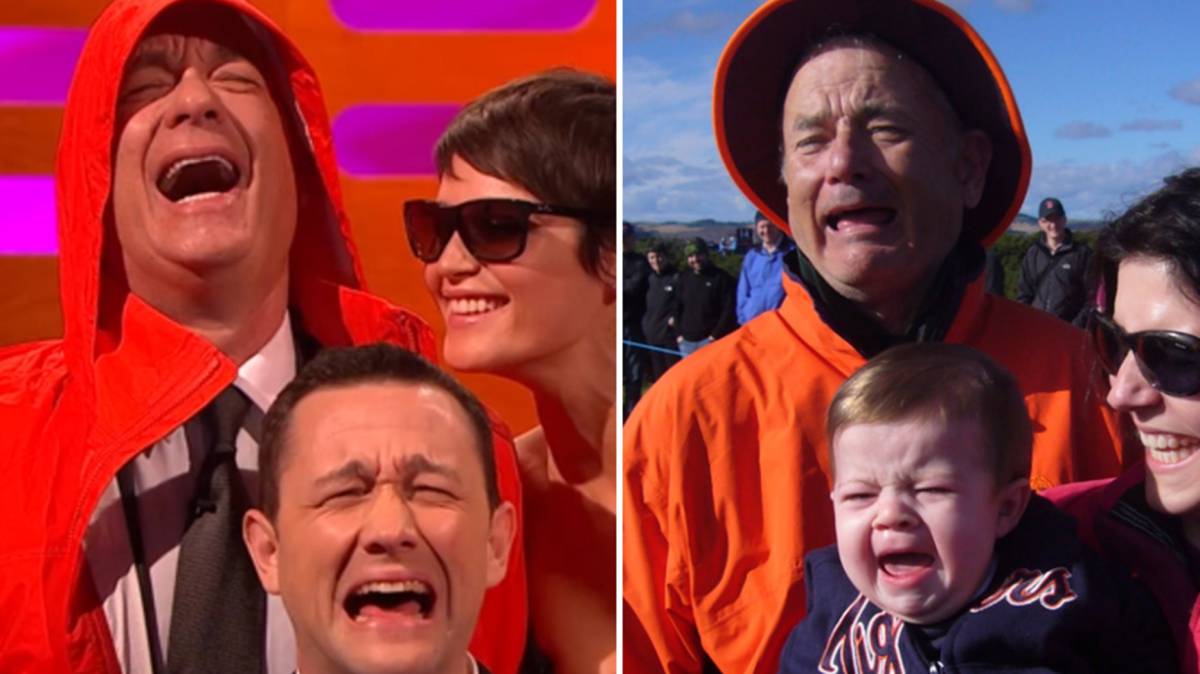 Are you guys sure you are not twins?

In the show, Graham Norton did what every sane person in his position would have done.Recreate the picture, with the help of guest stars Joseph Gordon-Levitt and Gemma Arterton. Representing Murray, the baby, and the mom respectively. The incredible picture has gone viral.

In this picture we see not only the acting capacity of Hanks, Levitt, and Arterton but the awesome reaction of Murray to the crying child and the capacity of him and Hanks to laugh about the matter.