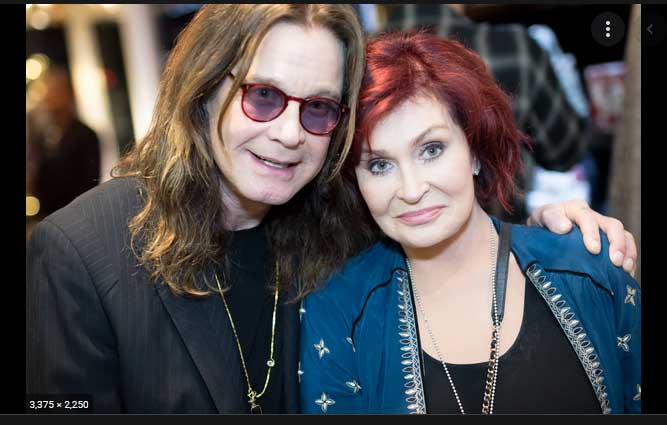 Ozzy Osbourne and his wife Sharon have relocated back to the United Kingdom. The music icon who resided in Los Angeles for almost 30 years said he moved back to England to escape America’s rising mass shootings, and not because of his failing health, Blabbermouth reports.

He expressed fear of the gun violence epidemic in the United States, saying he didn’t want to die from violence and be buried at the Forest Lawn Memorial Park in Los Angeles, where many stars are buried. His wife and manager said they will now live in their Buckinghamshire estate, which may be remodeled because of Ozzy’s situation with Parkinson’s disease.

“Everything’s fucking ridiculous there, Ozzy said. “I’m fed up with people getting killed every day. God knows how many people have been shot in school shootings. And there was that mass shooting in Vegas at that concert…it’s fucking crazy. And I don’t want to die in America. I don’t want to be buried in fucking Forest Lawn. I’m English. I want to be back. But saying that, if my wife said we’ve got to go and live in Timbuktu, I’ll go. But, no, it’s just time for me to come home.”

Ozzy added that taxes in California are very high now and that they are not comfortable with it at all. “We are leaving L.A.,” he said. “We are a bit sad. But the tax is getting too much. I am sad because I really, really like staying and living there. If they do the taxes better, then I may come back. I do not know.”

Sharon added that the United States is no longer what it used to be in terms of safety. “It’s just time. America has changed so drastically. It isn’t the United States of America at all. Nothing’s united about it. It’s a very weird place to live right now.”

Ozzy celebrated his 73rd birthday in December 2021 and 40-years wedding anniversary with Sharon in July 2022. The Black Sabbath frontman planned for a European tour with Judas Priest in 2019, but this has been postponed four times and is now set for May and June 2023. It was postponed due to his health challenges and the COVID-19 pandemic.

It may now hold four years behind schedule and nearly five years after the first tickets went on sale in September 2018.