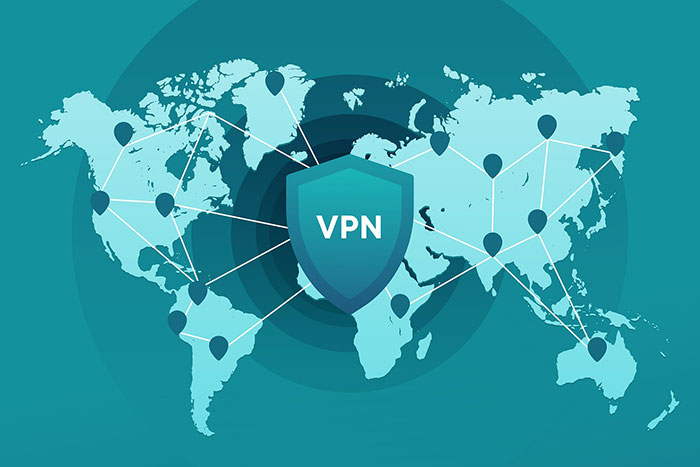 WireGuard is a fast, easy to set up, and reliable open-source VPN that utilizes state-of-the-art cryptography. It aims to provide a simple, faster, and leaner unrestricted VPN that can be quickly expanded on low-end gadgets like Raspberry Pi to high-end servers. Developed by Jason Donenfeld, the founder of Edge Security, WireGuard has been quickly accepted by online users and even managed to grab Linux developers’ attention, who called it a “work of art.”

This newest VPN protocol used to be in the development phase until a few months ago – it underwent multiple audits (and passed them), and now Linux users can start adopting WireGuard once running the 5.6 updates.

While WireGuard was built with Linux in mind, that doesn’t mean we can’t use it on other platforms. As long as the VPN you’re using correctly configures the protocol, you can use it in multiple operating systems such as Android or Windows.

How Does the WireGuard Protocol Work?

With our expanding reliance on mobile devices to gain internet access – and mounting concerns over data privacy and internet censorship – VPNs now have to cater to corporate and personal environments, as well as tablets, smartphones, and a range of connected devices. The new VPN solution suggested by WireGuard has a cryptographic foundation based on less than 4,000 lines of code, with the comfort and simplicity of use at its base.

Here’s how it stands out, though – unlike most protocols, WireGuard works in the same way as the SSH. Simply put, it transfers public keys. Once they’re transferred, and the app-server tunnel is settled, you won’t need to keep maintaining the connection. What’s more, once WireGuard established the VPN tunnel, the server must obtain at least one encrypted data packet from the user before it can actually use the session. This enables proper key confirmation.

Is WireGuard Safe to Use?

Yes – after multiple trials and audits, it’s clear as a bell: WireGuard provides excellent security. For beginners, it lays to rest the cryptographic responsiveness (being able to pick between multiple options, for example) since that can lead to faulty deployments. Instead, it relies on modern, thoroughly tested, and peer-reviewed cryptographic algorithms – making it impossible for someone to accidentally misconfigure the cryptography and put user data at risk.

When one of those algorithms suffers a vulnerability, the issue is easily solved by issuing a new protocol version. What’s more, WireGuard’s smaller codebase makes it way easier and less tedious when performing security audits of the protocol. For instance, it would only take you only 4 hours to read through the whole codebase (given that you know what you’re doing).

Is the WireGuard Protocol Fast?

Yes. Previous benchmarks estimated that WireGuard is way faster than IPsec and OpenVPN. For instance, this site tested over 114 VPN servers, only to find out that WireGuard came in first in 58.8 of download tests. Also, the typical speed loss was only around 19,1%. So if you’re original speed soar around 100 Mbps, you would get roughly 80 Mbps VPN speed using WireGuard.

This protocol not only can offer fast speeds thanks to its tiny code base, but it also creates connections faster and provides better reliability.

Mobile users may also gain from WireGuard protocol – it’s designed to be less resource-intensive, meaning that it won’t eat up too much battery. On the other hand, Linux fans are likely to receive the best speeds with this new protocol since it lives inside the Linux kernel, meaning it can provide high-speed, secure networking.

Is Setting Up WireGuard VPN Hard?

If you’re already a Linux user, it’s extremely simple. Since WireGuard is part of the operating system, all you need is to type in a few commands, and you’re set to go.

While it might not be as simple on other operating systems, it’s far from difficult. You can now find downloadable WireGuard clients for macOS, Windows, iOS, and Android – not to mention you won’t need too much time to get used to them.

Fortunately, many VPN providers have started to implement WireGuard in their services – they built these protocols straight into their apps, which means you can use it pretty much like any other protocol – just select it from a list and link to a server.

WireGuard has gained plenty of recognition and for good reasons. Besides being cross-platform, one significant advantage of WireGuard is the ease of deployment. This newest version of the VPN protocol “family” underwent intense development, auditing, and testing and is now a really reliable protocol that relies on modern cryptography. Thanks to its lightweight code base, it’s optimized for speed, so it’s very fast to boot. All in all, if you’re looking for security and smooth speeds, it means WireGuard is what you need.