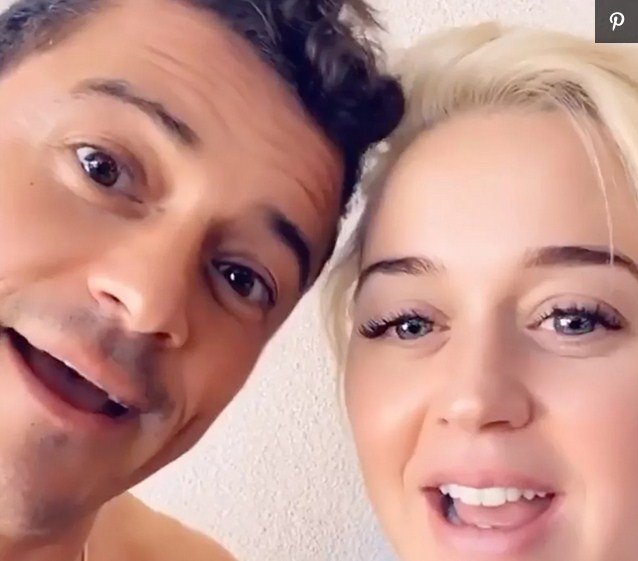 Katy Perry has confessed to the fact that she barely sleeps since she gave birth to 3-month-old baby Daisy Dove. Perry, 36, told David Lynch Foundation’s that her major challenge since Daisy Dove came was trying to get some decent sleep. She said husband Orlando Bloom tries to help with the baby but that has not really provided her the sleep and rest her body craves.

“I’m a new mother,” Perry stated. “My daughter — she’s such a gift — but there is sometimes a challenge concerning sleep no matter how much support you have. But where am I going to get those six hours that I used to get? Where did it go?”

Daisy Dove arrived in August and is Perry’s first child with Orlando Bloom who has another child, a 9-year-old son Flynn, with former wife Miranda Kerr. Bloom in an interview stated that Daisy looks so much like himself, her mother Perry, and Bloom’s mother. He said sometimes he sees the little baby as himself breastfeeding when being nursed by her mother.

“It was funny because when she first came out I was ‘Oh it’s me it’s a mini-me!’ Then, fortunately, she got those Katy blues which was perfect,” Bloom said. “She sort of looked a little bit like my mom, so we got a little bit confused because Katy’s breastfeeding this mini-me slash my mom. Who’s she gonna look like next?”

Both Katy Perry and Orlando Bloom are UNICEF Goodwill Ambassadors, and they promoted the vision of the international organization at providing basic necessities of life to impoverished regions of the world when they announced the birth of their baby in August. They also used the occasion of the baby’s arrival to ask people to support and donate to UNICEF’s humanitarian activities to make the world a better place for all children.

“As UNICEF Goodwill Ambassadors, we know UNICEF is there, on the ground, doing whatever it takes to make sure every expecting mother has access to a trained health worker and access to quality healthcare,” Perry and Bloom wrote on their Instagram page. “In celebration of the heart, we know our daughter already has, we have set up a donation page to celebrate DDB’s arrival. By supporting them, you are supporting a safe start to life and reimagining a healthier world for every child…”