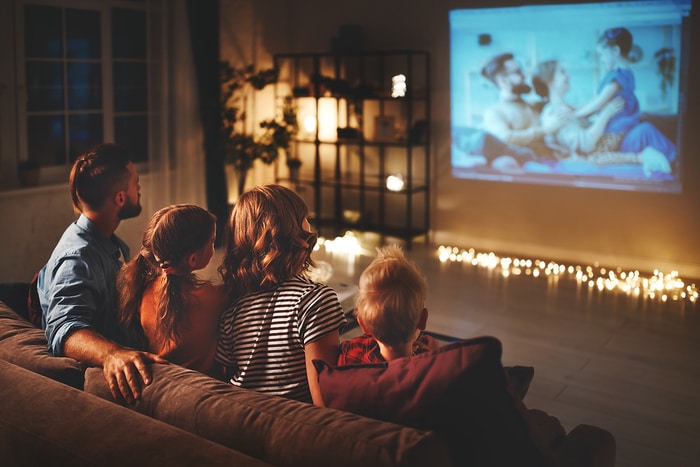 The year 2020 was supposed to be one of the most amazing years with many anticipated blockbusters coming out this year. But the current wave of COVID-19 has engulfed almost all parts of the world. Many celebrities who were shooting movies caught the disease and quarantined until they tested negative. The others stopped their movie shoots, went into self-quarantine, and practiced Social Distancing at their homes.

You can watch many good movies using online movie and social media platforms and applications using your internet and Spectrum basic cable. Here are a few movies that can help you get through your day and kill boredom. So without further delay let’s get you acquainted with many amazing movies that you can watch with your friends and family.

The LEGO Movie 2: The Second Part

The simple folks of Bricksburg now face a new threat. The LEGO DUPLO invaders who came from outer space to invade Bricksburg start destroying everything they find in their path. A battle rages on to defeat the foreign invaders and restore peace of the LEGO universe. Batman, Lucy, and the other characters have to embark on a faraway journey to unexplored worlds and test their courage, creativity, and teamwork to destroy their enemy.

Getting a well-deserved promotion, Ali Davis who works as a sports agent wonders what else she needs to do to be successful in a man’s world. To find the answer to her curiosity, she gets in touch with a psychic who gives her a concoction of queer taste that allows her to hear thoughts of men and whatever they are thinking about. With this newfound power, Ali starts to turn the table on her male colleagues for her race to sign the next basketball named Jamal Barry. Soon she realizes that even though she could hear Jamal’s thoughts she had never listened to him in a close way. She meets Jamal at her hangout spot and asks him what he wants to do. Jamal opens up to her and tells her that he wants to stay with his people and Ali tells her that she should do whatever his heart tells him to do. This results in Jamal deciding to stay in the US and he becomes number 1 pick for an NBA team. At the same time, Ali gets promoted, and moving on further starts her own agency.

Fighting with My Family

Paige and Zak are born in a family where everybody is a wrestler. Both of them find themselves having a life-time opportunity to try their luck in World Wrestling Entertainment. Paige finds herself making one of the most difficult choices where she has to choose between her career as a wrestler and her family. At the same time, she faces the utmost competitive environment in the industry. Paige pushes herself and proves herself to the world of wrestling. She finds herself becoming a different person and makes her identity as a strong individual and wrestling star.

The movie is one of the most recent releases and one of the best action-adventures based on characters from the famous video game franchise by Sega. The movie has some amazing characters and storylines including Ben Schwartz who has voiced Sonic and Jim Carrey who played the role of Doctor Robotnik and many others who gave the movie life. The movie revolves around Sonic who is an extraterrestrial hedgehog that can run at super-speed and reach supersonic levels. He finds himself all alone and runs so fast that he triggers an electromagnetic pulse that knocks out every power source across the Pacific Northwest. He comes across who stays by him in his thick and thin and has amazing moments of their life together.

Look out these amazing movies on online movie portals and your cable TV services and I can bet that you would enjoy watching these movies at home with your friends and your family. Also, I would like to suggest that you should use services with updated lists of movies and shows so that you can enjoy practicing Social Distancing and stay healthy

Caroline is doing her graduation in IT from the University of South California but keens to work as a freelance blogger. She loves to write on the latest information about IoT, technology, and business. She has innovative ideas and shares her experience with her readers. Currently, she is working on various contents for “CenturyLink” as they are one of the famous internet service providers in the US.