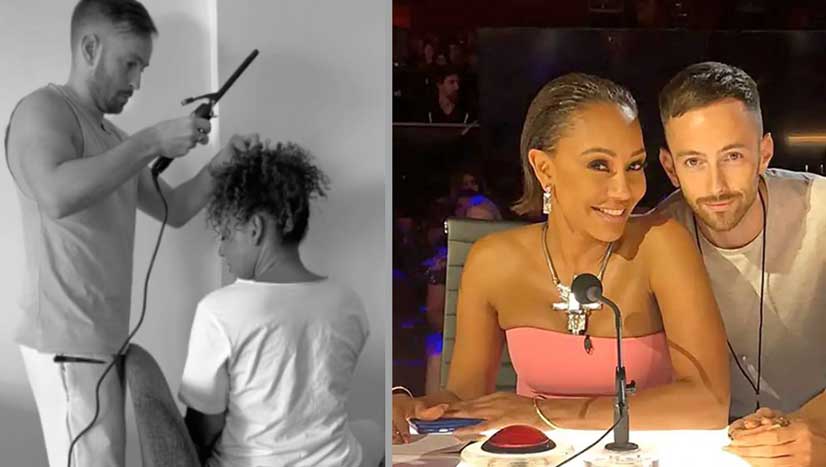 Melani Brown, popularly known as Mel B, is engaged to hairstylist Rory McPhee. The 47-year-old Spice Girls singer dated McPhee for three years before they got engaged on Friday. Mel B revealed that McPhee, 36, popped the question while they were away in Berkshire and that she couldn’t help accepting to marry him.

Mel B said McPhee got down on one knee and then told her he wanted to spend the rest of his life with her. She described the Cliveden hotel scene as very romantic.

“He said, ‘I love you, you’re my best friend and I want to spend the rest of my life with you,’” The Masked Singer Australia judge stated. “There were rose petals everywhere, a log fire, a hotel — which was [luxury hotel] Cliveden. It was very romantic. I love flowers.”

Before their engagement, the duo of Mel B and McPhee were very discreet about their relationship. But after three marriages, Mel B did reveal at an occasion that she was seeing someone from her past. “I’m with someone who’s very kind. Very, very kind,” she stated in 2020. “And more than anything we’re really good friends from way back.”

The Stop singer described her marriage with Belafonte as traumatic and that she was abused for many years, but Belafonte denied ever maltreating her. She stated that for more than one year, she couldn’t bear to be with anyone else apart from her daughters and family members.

“For a good year and a half I couldn’t even bear for somebody to stand near me or be hugged,” she said. “Apart from hugging my kids and my family, anything else would make me feel traumatized. I was like, well, if I don’t touch anybody and don’t let anybody come near me, I’ll be OK. You can’t live like that. But the trust issue is always going to be there. It takes someone who is going to understand and be compassionate and take everything super-super-slow.”

McPhee, who happens to be Mel B’s hairdresser and on a season of The Masked Singer, often shows off the hairstyles he does for her on his Instagram page.