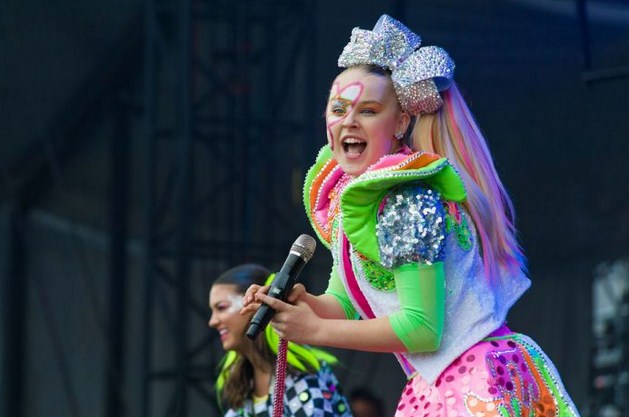 Jojo Siwa said she’s at her happiest period after revealing her sexuality recently. Taking to her Instagram handle, the multi-talented star thanked her followers for the support she has received since she came out as gay in a viral TikTok video.

In a 15-minute video posted on the platform, Siwa revealed that she was really happy and has the chance to show the world a part of her life that had been kept from public view. The singer, dancer, and YouTube personality said there was so much love in the world, and she’s glad she’s been given the opportunity to partake in it.

Describing her period of being in the closet, Siwa said her career was her only means of being happy. Asides from that, the Dance Moms star said she’s never been happy personally.

Siwa noted that she’s been asked several times about her sexuality but was never ready to give out the answer publicly because she had not really thought about it and so, was unsure of the answer. However, she said she thinks humans are an awesome breed, full of really incredible people.

The Boomerang singer noted that she wanted to share everything with the world, while also striving to keep certain things in her life private until she felt the need to share them with the world. She encouraged others like herself that they should be aware they are loved no matter who they choose to be with, and that the world would always rally around them, Yahoo reports.

Siwa explained that from her own experience, it could be a lot harder for the closeted to come out, fearing the backlash from family, friends, and fans. However, she noted that the world has become more accommodating, and it is becoming easier for people to express their sexuality.

Siwa, who came out during the week via a TikTok video, where she spotted a “Best Gay Cousin” shirt, said she has had the most 48 hours of a supportive period of her life. She said she was overwhelmed by the sheer amount of support that has been pouring in from fans since she chose to come out. She said it was incredible and had never felt happier.

When asked how long she had been part of the LGBTQ community, Siwa said she was unaware. She said, although she had never been in love before, she believed she was always going to fall in love with the right person, be it a boy or a girl.

Siwa went on to reassure her millions of followers that her sexuality was not the reason she broke up with her then-boyfriend Mark Bontempo. She revealed the support she’s received from her parents so far, and how they’ve known about her sexuality in the last two years. Her mom had told her two years ago that asides from boys, she thought Siwa was also into girls.

In the video, Siwa signed off by advising her fans to only do what would make them happy in the run long.