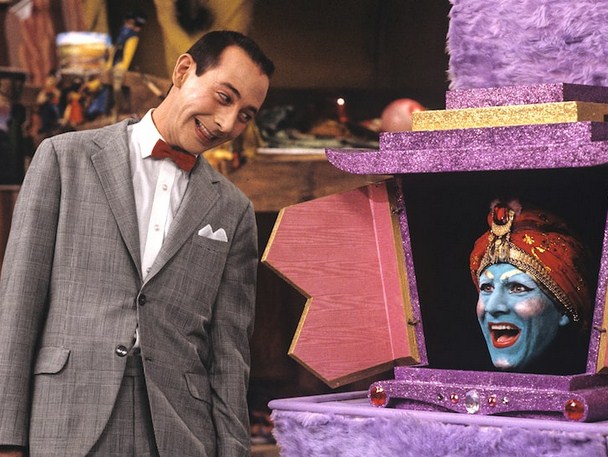 John Paragon, best known as Jambi the Genie in the Pee-wee Playhouse shows, is dead. He died at age 66 in April, but his death was only just announced by the family, and the cause of his death has not been released, TMZ reports.

Cast as Jambi the Genie, Paragon would usually don a red and gold turban and wear blue makeup in the Pee-wee Playhouse TV show. With his makeup and costume, he would then appear in a jeweled box when Herman made a wish. He also did the voice-over of Pterri the Pterodactyl.

Paragon worked with Paul Reubens to write many episodes of the show, as well as the Pee-wee Playhouse: Christmas Special in 1988. The show earned him a nomination for Emmy Award for the Best Writing in the Children’s Special category.

Pee-wee Playhouse showed on CBS Saturday show from 1986 to 1991. Paragon also featured in the 2010 adaptation of the show on Broadway. He worked briefly with Walt Disney Imagineering for performances on Disney theme parks before his sudden death.

Paragon also featured in several movies which included The Frog Prince, Eating Raoul, and Echo Park among others, avclub writes.

The actor, writer, and director hailed from Alaska but joined the Groundlings in Los Angeles where he met Paul Reubens, Phil Hartman, and Cassandra Peterson who starred in the 1988 movie Elvira which Paragon co-wrote. He also directed several episodes of Silk Stockings, Double Trouble, and Twin Sitters among others. He also worked as Cedric on Seinfeld before moving to other things.

Many colleagues and fans have expressed shock at the news of Paragon’s demise, saying he was a very amiable man to work with. Fans said they can’t get enough of him and many expressed fascination at this natural ability to feature in children’s shows. Fans and associates said he will be sorely missed.