Disney revealed on Friday the very first picture of Emily Blunt impersonating Mary Poppins in the upcoming sequel “Mary Poppins Returns”. Is this supercalifragilisticexpialidocious, or what?

After the revealing of the upcoming sequel and part of the cast, Disney hadn’t said much more about the production until Friday. When it graced us with pictures and information about the plot.

The return of the greatest nanny.

Every Disney fan has dreamed about having a nanny just like Mary Poppins. The 1964’s musical is a classic. The film gathered 13 Oscar nominations for Disney and won five of them. The beloved nanny was created by Australian novelist PL Travers who wrote eight books following the nanny.

On December 2015 Disney announced that a new Mary Poppins film was in development and we got excited with the huge news. Taking care of the precious nanny heritage Disney decided to make a sequel of the movie instead of a remake.

Back in Cherry Lane Tree.

In 2016, the project started taking shape and names were added to it and we knew it was definitely going to happen. Rob Marshall (Into the Woods was named the director, production is in charge  John DeLuca and Marc Platt (La La Land). The release date is announced for Christmas Day 2018.

Disney also revealed some information about the story. It’s set in Depression-era London, twenty years after the original one. Mary returns to help the family rediscover joy after Michael suffers a personal loss.

This time Mary comes back with her cousin Topsy, player by the one and only Meryl Streep. The nanny focuses on the adult life of the now grown-ups children Michael and Jane, played by Ben Whishaw and Emily Mortimer, and Michael’s three kids played by Pixie Davies, Nathanael Saleh, and Joel Dawson. The nanny tries to set things right with the help of her eccentric cousin and Jack.

More pictures of Emily as Mary went viral and she seems to be really delivering. The pictures were taken during the shooting and you can see extras wearing in the old fashion way. Here Mary is accompanied by Michael’s children. 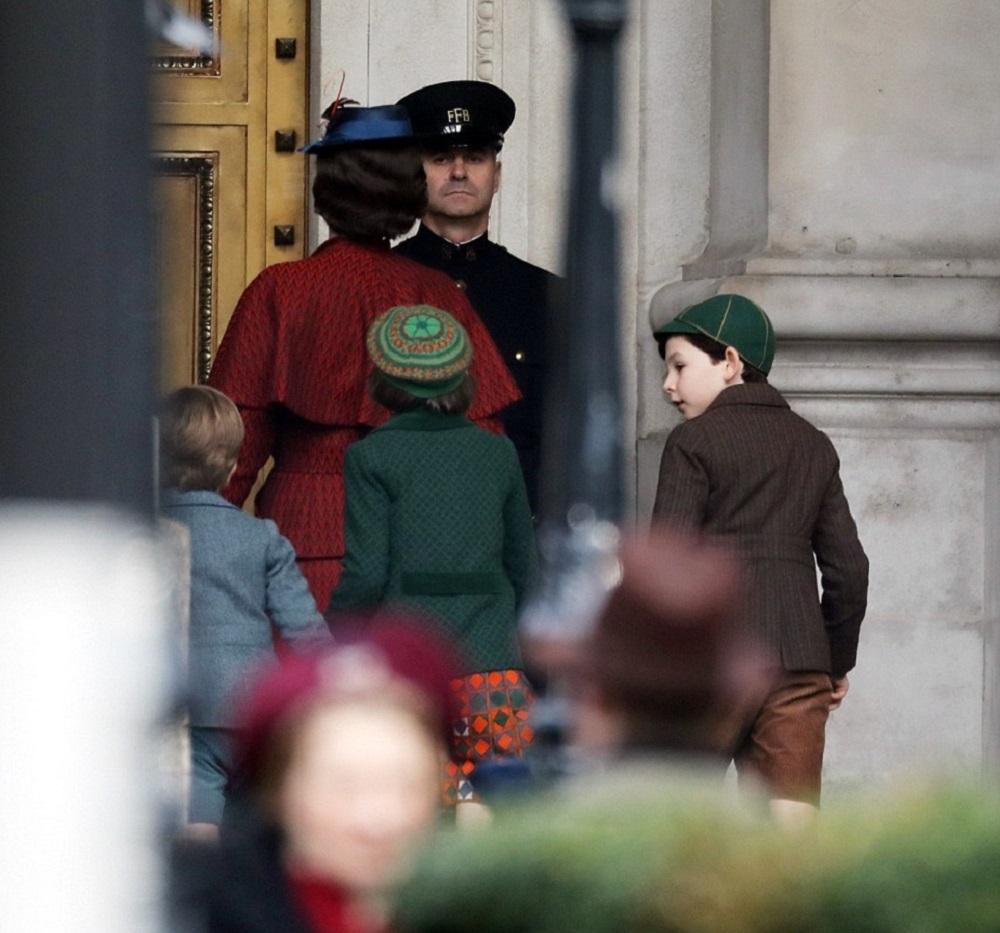 Emily Blunt ‘s been more than excited about playing Mary in the sequel.The movie reunites Blunt and director Rob Marshall who worked together in “Into the Woods,” Blunt is allegedly one of Rob’s favorites.

The movie and Emily Blunt as Mary both received Julie Andrews bless, the actress said “I have no issue with it. It’s not a re-creation of the original film, it’s a brand new one. I think she’ll [Emily Blunt] be practically perfect.”

When Blunt learned this she couldn’t hold the joy and said in an interview, “I felt like I wanted to cry, it was lovely to get her stamp of approval. That took the edge off it, for sure.”