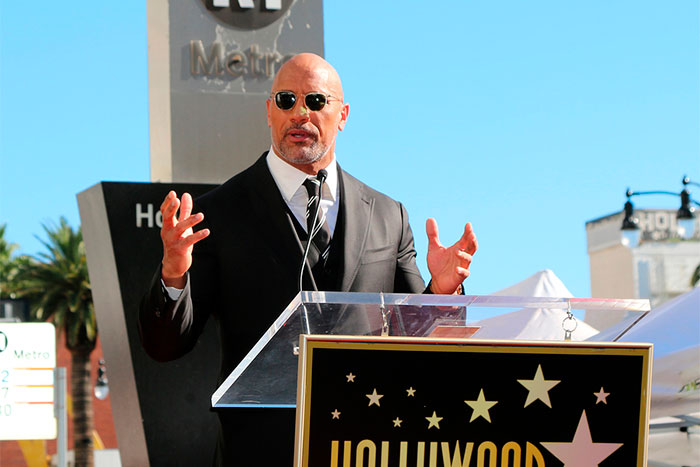 Professional movie star and wrestling icon, Dwayne Johnson – The Rock – has asked President Donald Trump, “where are you?” given the current nationwide crisis over the police killing of Minneapolis man George Floyd. In a video posted on Instagram on Wednesday, Johnson lamented that the country is crippled and in need of a president that gives hope and value to human lives because of black lives matter.

Looking straight into the camera during his 8 minutes and 25 seconds video, Johnson asked repeatedly “where is our leader…where are you?” even though he failed to mention President Trump by name.

“I am a man who is frustrated. I am disappointed. I’m angry, but I’m also doing my best to stay focused and as calm as I can possibly be,” he said. “Our country is down on its knees, begging, pleading, hurt, angry, frustrated in pain.”

The Jumanji movie star stated that the United States needs a president and leader that takes “full accountability for our country and embraces every color in it.” He said a compassionate national leader will assure of change and make it happen without losing a single life in the entire process. He made it clear that “maybe one day, that galvanizing leader will emerge; but either way, the process to change has already begun.”

Johnson also called on all Americans to remain calm at this time of national unrest, saying it is crucial to remain rational under all circumstances while striving to “become the leaders we are looking for”. He decried the situation where the National Guard is called to police the people, and Trump’s tweet that “when the looting starts, the shooting starts”. The Rock was making veiled references to the president’s tweets that protesters are looters, thugs, terrorists, hoodlums, and anarchists among others.

According to The Rock, the change that the people want is already underway even though it may take some time to fully materialize. He said there is going to be more beatings, blood, and lumps, but urged everyone to stay strong and steadfast while things get better.

“I’ll ask you one more time: Where are you? Where is that compassionate leader who steps up and takes accountability for his country and all the people in his country? Because I’ll tell you what, we’re here. We’re all here.”

Meanwhile, rapper Kanye West joined the protesters in a peaceful march and donated $2 million to the families of George Floyd, Ahmaud Arbery, and Breonna Taylor.