Get ready for getting your childhood ruined!

Josh Peck, from Nickelodeon’s comedy series ‘Drake & Josh,’ got married on Saturday, June 17, with his longtime girlfriend Paige O’Brien. Someone was missing at the wedding. Drake Bell, who portrayed Josh’s stepbrother in the series for almost 4 years, didn’t receive an invitation.

Congrats to two of our favorite people. Josh & Paige, we love you ❤️❤️ #couplegoals

On Sunday, Bell took to Twitter and shared some dramatic thoughts about what he’d just found out. “When you’re not invited to the wedding the message is clear,” he wrote. It was pretty obvious to whom he was addressing his tweets. “True colors have come out today. The message is loud and clear. Ties are officially cut. I’ll miss you brotha,” the singer and actor wrote.

Drake’s tweets have since been deleted, but as we may know by now, the Internet is cautious and never misses a screenshot. 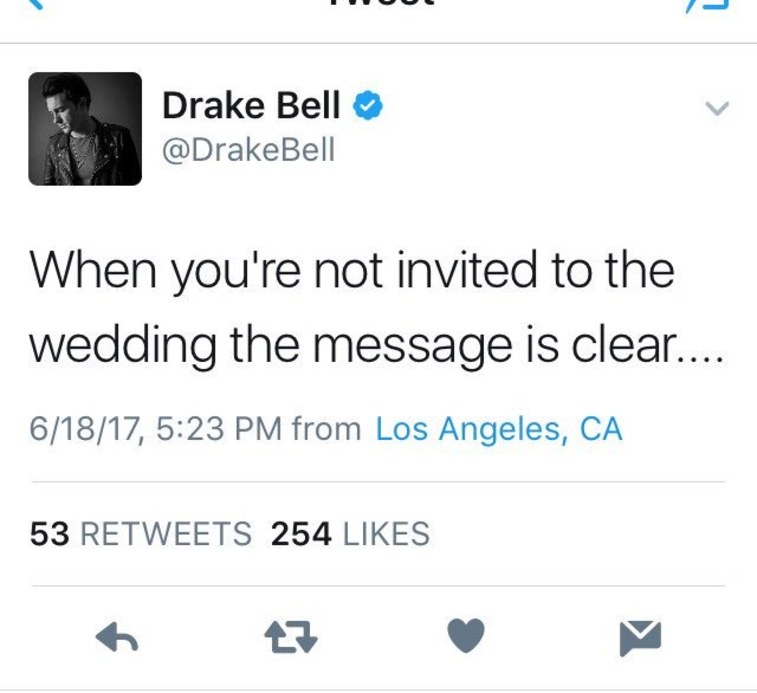 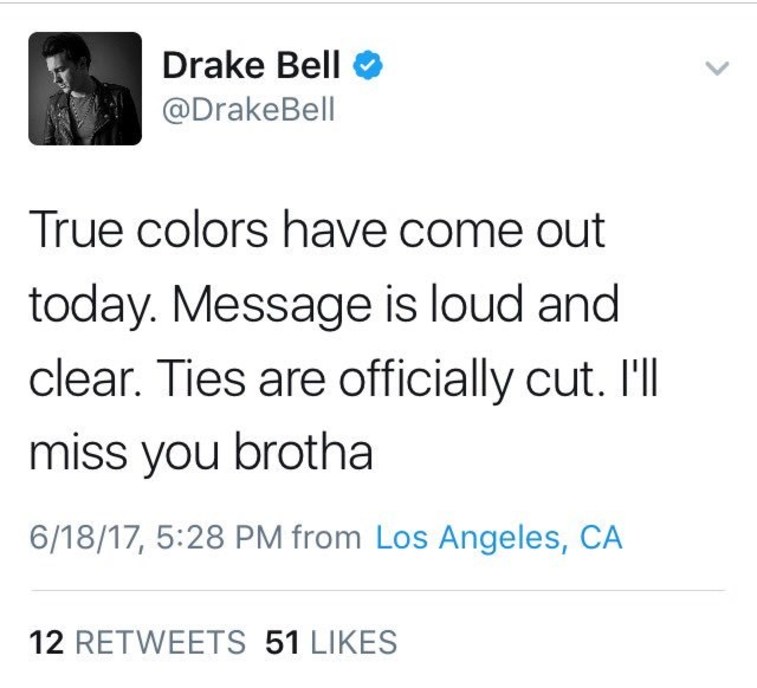 Fans rushed to slam on Peck for not inviting Bell to his wedding, but his decision was actually pretty reasonable.

The actor celebrated his wedding with a small ceremony in Malibu. According to an insider that spoke to Us Weekly, some guests would keep asking Peck where Bell was. Peck said that the hadn’t spoken in three years. “They would tweet each other back on social media a couple times a year, but never actually spoke,” the source said.

The source added that after Bell’s tweet spree, Peck was really hurt. “They aren’t close anymore and Josh had a very small wedding.”

In an interview with ‘Allegedly with Theo Von & Matthew Cole Weiss’ Peck did prior his wedding, the actor shared the question he gets the most from fans.

“I have no good answer for people — and I get it all the time, which is like, ‘Where’s Drake?'” he commented. “I wish I had a better answer, but probably at home? Whole Foods? I don’t know.”

However, he didn’t give the impression that the two actors were in bad terms. So this could be another case of growing old and growing apart. It’s part of life, folks!