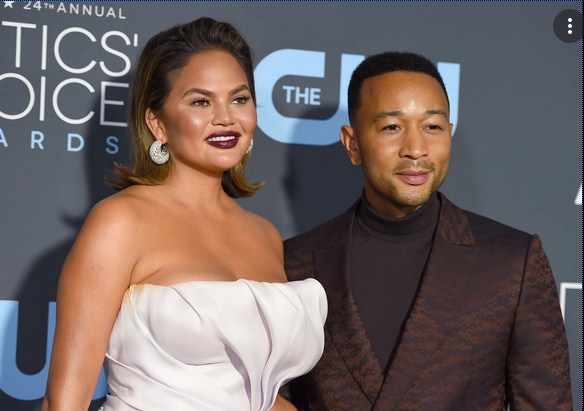 Chrissy Teigen apologized earlier this week to Courtney Stodden for social media messages that suggested that the latter should kill herself 10 years ago. A few days after the apology, designer Michael Costello stated on social media that Teigen also bullied him a decade ago online with several private messages that left him traumatized, depressed, and suicidal, Yahoo reports.

Costello then published screenshots of direct messages Teigen purportedly sent to him in 2014 as proof that the supermodel bullied him. Teigen has however denied that she bullied Costello and stated that the screenshot proofs he published were doctored and calculated to tarnish her image. In a long Instagram post, Teigen debunked several of Costello’s claims and tried to puncture the veracity of his proofs.

“No idea what the f*** Michael Costello is doing,” Teigen tweeted on Friday. “He just released a statement where he didn’t at ALL acknowledge how fake the dm’s were, & now claims to have emails that don’t exist.”

Chrissy Teigen agreed to have made public tweets that may have hurt some people 10 years ago and apologized for the same, but she would not acknowledge that she sent private messages to anyone to hurt or harm themselves in any manner. She went on to say she was surprised at the many revelations made by Costello since she believed they were cordial friends who often commented on each other’s social media posts frequently.

“Chrissy is completely surprised and disappointed by Michael Costello’s recent attack, which includes fictional ‘screenshots’ from 2014 of supposed private messages that Chrissy did not send,” Teigen wrote. “Until Mr. Costello’s recent accusations, Chrissy believed she and Mr. Costello had a cordial relationship, as they had friendly online interactions for several years.”

Teigen went on to point out that her username was misspelled in the 2014 screenshots shared by Costello, and that the Instagram proof had features that were not available back in 2014 – suggesting that they were photoshopped, Vulture writes.

“When the supposed screenshots from 2014 were originally circulated last week, the name on Chrissy’s account was misspelled,” she claimed. “A closer look at the alleged 2014 screenshots plainly shows that they feature her old profile photo that was changed in 2016, alongside a video chat function that Instagram did not launch until 2018. In addition, the alleged 2014 screenshots also include a color format that Instagram launched in 2020. The old profile picture and these new Instagram features could not co-exist in the same authentic screenshot. Recent media investigations have confirmed these inconsistencies as well.”

Teigen’s husband, singer John Legend, also supported his wife and said Costello fabricated the DM purportedly exchanged between them. “This exchange was made up, completely fake, never happened,” he tweeted. “Honestly I don’t know why anyone would fake DMs to insert themselves in this narrative, but that’s what happened.”