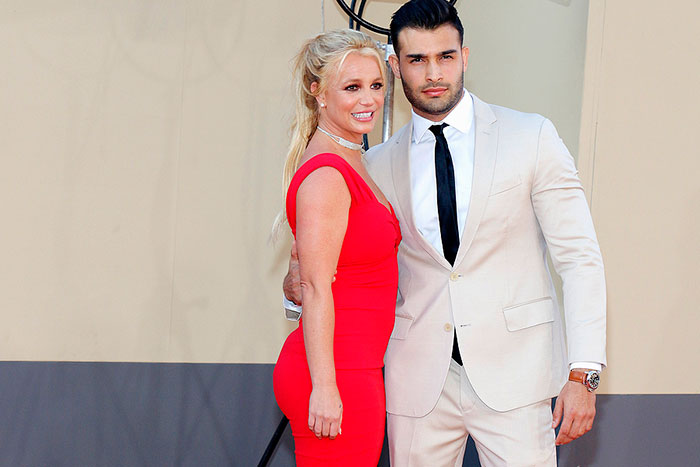 Britney Spear’s live-in boyfriend, Sam Asghari, jumped to the defense of the Toxic crooner to shut down a commenter who said “this account finally got too scary for me”. Fitness trainer Asghari told the commenter, Kelly Oxford, that there is nothing scary about a superstar who is trying to be natural in an unsmiling world, and that anyone, including the commenter, could hit the unfollow button on Instagram to take a break from Spear.

“What’s so scary about the biggest superstar in the world being herself – authentic, funny, Humber – without caring what others think,” Asghari wrote. “We need more people like her and less Karen’s. Also, Instagram installed this button that you can hit to unfollow about 10 years ago…”

Asghari’s exchange with Oxford gained traction on Friday as thousands of Britney Spear’s fans shared the exchange on social media and fueled ongoing speculations about the 38-year-old singer’s conservatorship battle. The musician has shown increased support for the Free Britney movement which supports the efforts of her attorneys to obtain the public opening of the sealed part of her legal case.

Given the decision of the court to give control of her affairs to her father, thousands of fans believe that Spear is held “hostage” and needs to be freed to run her life the way she deems fit. Spear’s father Jamie had filed a motion in court to have part of the pop star’s conservatorship case sealed from public scrutiny, but her lawyers filed a counter-motion to have the parts opened.

“Britney herself is vehemently opposed to this effort by her father to keep her legal struggle hidden away in the closet as a family secret,” her lawyers wrote.

Her defense team made it clear that there is nothing sensitive that needs to be protected with Britney’s sons Sean Preston and Jayden James with former husband Kevin Federline. They insisted that the singer fully supports the efforts of fans behind the Free Britney movement as well as the massive campaigns behind it. But Spear’s dad Jamie disagrees with her fans maybe because he is in charge of the conservatorship.

“All these conspiracy theorists don’t know anything,” he said. “The world doesn’t have a clue. It’s up to the court of California to decide what’s best for my daughter. It’s no one else’s business.”

In the face of all these, Britney Spears has attempted to assuage the fears of her fans that she lost her freedom through various recent and dated photos.