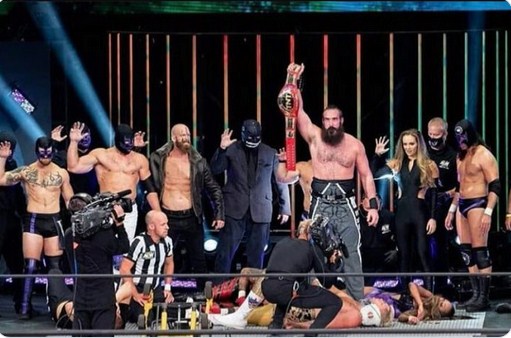 WWE wrestler Jon Huber, famously known as Luke Harper or Brodie Lee in All Elite Wrestling, is dead. Huber died on Saturday, Boxing Day, at the age of 41. His wife, Amanda, revealed on Instagram that her husband died of a “non-COVID related lung issue” and even went ahead to praise Mayo Clinic doctors who fought tooth and nail to save the professional wrestler, Fox News reports.

“I never wanted to write out those words,” Huber’s wife wrote. “My heart is broken. The world saw him as the amazing @brodielee (fka Luke Harper) but he was my best friend, my husband, and the greatest father you would ever meet. No words can express the love I feel or how broken I am right now. He passed surrounded by love ones after a hard-fought battle with a non-Covid related lung issue.”

Survived by a wife and two children – Brodie and Nolan, Huber was a fierce and talented wrestler who fought on the stable of All Elite Wrestling (AEW), having previously excelled with Chikara, Ring of Honor, and the Wyatt Family team on WWE. In August this year, he starred with AEW and won the AEW TNT Championship.

Thousands of tributes poured in at the public announcement of Huber’s death, and AEW penned a touching eulogy on how much the late fighter meant to the wrestling stable.

“The All Elite Wrestling family is heartbroken,” the AEW wrote in a statement. “In an industry filled with good people, Jon Huber was exceptionally respected and beloved in every way – a fierce and captivating talent, a thoughtful mentor, and simply a very kind soul that starkly contradicted his persona as Mr. Brodie Lee. Jon’s popularity among his peers and influence on the wrestling world was worldwide and transcended AEW, so this loss will be felt by many for a long time.”

Many people recalled how they spent time with the professional sportsman and how much he showed love and empathy with neighbors and fans worldwide. AEW said they were “privileged to call Huber a brother, a friend, and one of our own,” and several colleagues on the Dark Order family reminisced on how blessed they were to have personally known the deceased wrestler.

Some of the professional colleagues who fought with Huber include Stu Grayson and Ariya Daivari, while Stephanie McMahon expressed her sadness at his death. “We bonded over the love of our children; he was a true family man,” she stated.