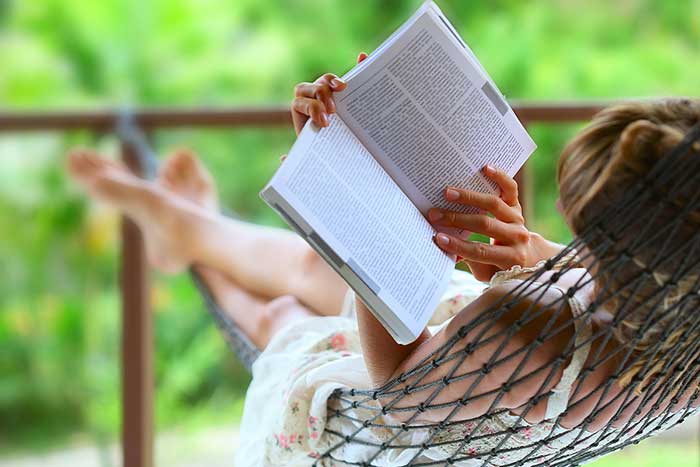 In the dank autumn whether we want to stay at home, wrap ourselves in a blanket, relax and make the last bets using 22Bet login, and drink a cup of something warming. And only closer to evening comes the long-awaited time, which you can devote to yourself and pleasant reading.

Our selection includes 7 books that will help you enjoy the long autumn rains.

Scottish novelist Ali Smith’s name often flashes across the Booker Prize shortlists. She likes to experiment with style and content. Her texts are a weightless ligature of prose and poetry, past and present, funny and serious. The novel “Autumn” resembles a picture made up of pieces of fallen leaves. It found room for art and politics, loneliness, and the amazing love of two people who are separated by nearly 70 years.

The first part of a seasonal series has earned the title of the best book of the year by The New York Times, The Guardian, and The Washington Post. It’s perfect for anyone who’s ready to ponder the non-linearity of time while slowly sinking into the thick autumn fog.

A Tree Grows in Brooklyn By Betty Smith

Betty Smith’s debut novel became a bestseller in the United States back in the 1940s. Today it is recognized as a classic of American literature for teenagers. The story of a resilient girl from a poor Brooklyn family has only recently become available to domestic readers.

Beginning in the somber summer of 1912, five years of the young book-lovers life flash before us. Francie grows up and learns to see the bad and the good in everything, to find happiness in simple pleasures, and not to give up on the road to her goal. The novel is based on the writer’s childhood memories, and the characters, portrayed with all their flaws but without vilification, seem truly alive.

“The Life Simplifier” Françoise Sagan often shocked readers and critics alike. The former adored her, while the latter called her “a cheeky girl who got into literature by accident.” The work, named after a line from a poem by the French poet Paul Éluard, like Sagan’s other soon-to-be novels, enjoyed extraordinary success.

On the brink of depression, Gilles loses interest in everything: bored with friends, work, and a caring mistress. He sets out for the countryside and meets Nathalie, who becomes his cure for his ennui – and his only happiness in life. Will a married woman risk everything she has for a crazy feeling?

In the works of the author of “The Martian Chronicles” and “451 degrees Fahrenheit,” images of his large family appear time and again. And the main character in “Dandelion Wine” is known to be named Douglas Spalding, that is, the character gets the second name of the writer and the maiden name of his grandmother.

Fifty years after the release of Ray Bradbury’s sunniest novel, readers finally have a chance to learn the whole story all the way through. “Summer, Farewell” is its sequel, published only in the early 2000s. Two years after the events described in “Dandelion Wine,” Douglas begins to realize that he is growing up. And that in the war with time, sad as it is, time always wins.

Born into a Franco-British family, Joanne Harris’s life has been filled with folk beliefs and mysterious sweets from the beginning. Among her relatives are not only chocolate masters, but even, according to the writer herself, real witches. So it’s not surprising that Harris’s third novel, dedicated to the miracles that occur with the help of the world’s most famous delicacy, immediately overtook the first two in popularity. And the success of the film with Juliette Binoche and Johnny Depp helped the book become world-famous. But only by reading the original can you truly enjoy all the chocolate details and find out how this mystical story ended.

A subtle and contemplative parable novel that mesmerizes and simultaneously becomes a challenge for readers. Ishiguro’s familiar themes of love, friendship, and memory are filled with pain, cleansing the soul but tugging and exhausting. Remembering the time spent at Hailsham School, thirty-year-old Cathy as if reliving the feeling of threat that hangs over the “special” children, is accustomed to the constant reticence and half-hearted revelations. Together with them, we will experience what the metaphor of “service with one’s life” implies.

English novelist Pilcher is a master of prose that is both addictive and yet strikingly serious and topical. Her most atmospheric novel “September” is suitable for the meeting of autumn. By the way, this month is a landmark for Rosamund, because she was born in September. The location of the book in Scotland. Windy, cold, but also golden, sunny, and described with incredible love. Verena decides to throw a ball to coincide with her daughter’s coming of age. Such a celebration requires magnitude and there will be many guests.

Rosamunde Pilcher masterfully tells us the story of each invitee, weaving them together in an exquisite plot. Through mystery, mystery, and other people’s vices, the book raises questions of home and family, their boundaries, and concepts.