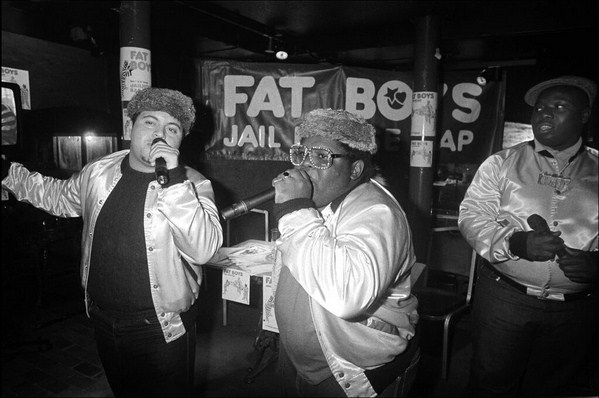 Prince Markie Dee of the Fat Boys fame is dead at age 52 of unknown causes. One of the founding members of the Fat Boys musical group which included Darren Robinson and Damon Wimbley, Markie Dee’s death occurred on Thursday in Miami, and it was confirmed by Louis Gregory, the manager of the group.

Dee was originally born Mark Anthony Morales on February 19, 1968, and he partnered with Robinson and Wimbley to form the Disco 3 group in 1983 after the group won a talent event at Radio City Music Hall. The three friends were from East New York in Brooklyn, and the promoter of the event signed them to a musical contract after they won the show. The promoter advised that they change their group name from Disco 3 to Fat Boys and the new name stuck because of their large statures.

In fact, the new name became their symbol and the trick behind their success, and it served to accelerate their rise even though their albums also performed wonderfully in the charts. Overall, Fat Boys launched seven albums and three of them went gold. Their first album, Crushin’,  was released in 1987, and it went platinum. One of the tracks in which they featured Beach Boys was Wipeout and this turned out to be their biggest hit; it got to Number 12 on the Billboard Hot 100.

Following the massive success of their first album Crushin’, the Fat Boys went on to feature in their first movie, a full-length comedy titled Disorderlies. The success of the band marked the successful acceptance of Hip-Hop music which was just emerging at that time, and it soon took over American pop culture by the early 1980s. The group also sang Stick ‘Em and Can You Feel It which became hits with the people. Before the group broke up, Fat Boys also featured in movies such as Krush Groove and Knights of the City among others.

After the death of Robinson at age 28 in 1995, Prince Markie Dee recorded solo albums in the 1990s and also worked as a producer and songwriter for Uptown Records. He collaborated with Father MC and worked on some of Mary J. Blige, Mariah Carey, and Destiny’s Child’s albums. He later went on to work in radio and was an OAP with SiriusXM, WEDR-FM, and WMIB-FM.

Gregory said Prince Markie Dee was his role model and closest friend, and Fat Joe wrote on Instagram that he was a legend and a pioneer.

“I would be walking and all of a sudden I would hear music ricochet off the walls, it would go ‘huh huh huh ha huh Hu Hu ha Fat Fat Fat boys, Fat Fat Fat boys,’ this was the first song they would play at the block party to summon you to appear,” Fat Joe wrote on Instagram. “Today’s news is sad the last member of the Fat Boys’ Prince Markie D morales has passed on he was a great guy a Legend and pioneer God bless my fellow Boriqua brother till we meet again.”