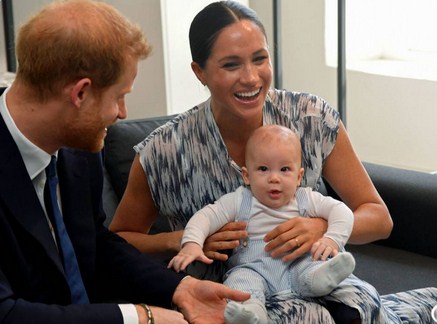 After Buckingham Palace stated that Prince Harry and Meghan Markle have been relieved of their royal duties, and can no longer engage in public service, the Duke and Duchess of Sussex have responded that “service is universal” and that they do not need royal titles to be of service to the public.

The Queen had revealed through her representative that Prince Harry and Markle cannot “continue with the responsibilities and duties that come with a life of public service” if they do not want to have anything to do with the Crown. To this extent, it is possible that the public duties and recognitions that come with relations to The Royal Marines, The Royal Navy, The Association of Commonwealth Universities, The Queen’s Commonwealth Trust, and charitable associations will be revoked immediately.

But the duke and duchess responded that whether they remain royal personages or not, they remain committed to serving the UK and supporting organizations they have represented around the world like they have been doing for years. “We can all live a life of service; service is universal,” they wrote shortly after they were stripped of their royal duties.

However, Prince Harry’s brother, Prince William – the Duke of Cambridge, is reportedly angry that Harry could talk back at the Queen in such an “insulting, disrespectful, and petulant” manner. Other members of the Royal Family are equally sad that Harry spoke back at Queen Elizabeth, with some of them reportedly saying “you don’t answer the Queen back – it’s just not done” and that “don’t disrespect your granny, Harry”.

Meanwhile, Prince Harry and Meghan Markle have allegedly agreed to film a documentary detailing their private and private life with billionaire TV host Oprah Winfrey. The wealthy TV host reportedly flew into California aboard her $65 million private jets to begin filming an exclusive interview with the Sussexes for a show that will be televised on March 7.

A source even disclosed that Harry did not inform the Queen of the Oprah Winfrey interview before going ahead with it, a development which is seen as very disrespectful.

“They had kept the interview totally secret,” a palace source said. “The Queen was not told, the Palace was not told. It seems clear from the sequence of events that they wanted and needed to know the final outcome [of the Queen’s decision] before they taped Oprah.”