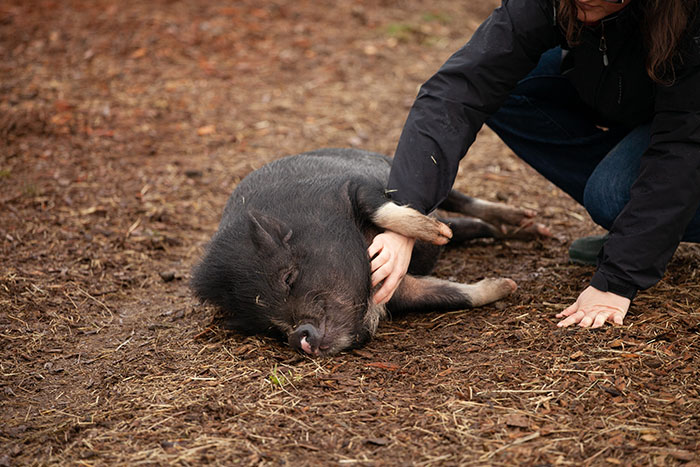 In July, Elon Musk’s project Neuralink buzzed the social world with the Tesla CEO performing a presentation of his invention. In this recent unveiling, we saw significant strides and improvements from last year’s model, with a more compact size being a highlight. Three pigs were also in attendance in the latest showing, all serving as test subjects in a demonstration for Elon Musk’s brain chip.

During his presentation, Elon Musk revealed that the FDA had approved his tech and research, and he was confident of starting human clinical trials soon. So, it’s only a matter of time before this brain-computer interface technology becomes available to the general public. How will society adjust to a world where neural link tech dominates? How will the current means of completing various tasks, our interactions, education, technologies, and more change?

This write-up provides you information on the potential consequences Neuralink technology can have on our world.

There’s a general clamor for improvements in the way we humans can accomplish tasks. New technology props up each year to satisfy this need, with Artificial Intelligence and Robotics being the core concepts of many of these innovations. Though helpful, there’s a growing concern that both will eventually surpass humanity in Intelligence, and potentially leaving us behind in crucial economic sectors.

Tech billionaire and CEO of the Tesla cooperation, Elon Musk, offers a solution by creating a symbiotic relationship between humans and AI. One of his latest projects, Neuralink, aims to achieve this goal. It involves inserting a chip in your skull, one that would send signals to your brain and help correct and control body functions. This project aims to be affordable and painless, with the procedure completed within an hour. Potentially, you could leave the hospital on the same day.

What the Future Holds

Change in the Way we Interact with Technology

Expect the way we interact with technology to be alien to what we have now. You’d be able to control your devices, vehicles, and more with just your thoughts. You could summon your car or control your computer with just a thought.

Even More Remote Approach to Education

During the Elon Musk Neuralink event, the tycoon said one of the possibilities of this technology was having to store and replay memories from a cloud. Such a feature will particularly be helpful in learning, as tutors can improve the efficiency of remote learning. The possibilities of sharing and stored memories mean a student could replay a class or hold one anywhere.

Students struggle to keep up with the heavy workload, especially those in college dealing with lots of research papers. They have to juggle their time between completing both personal and academic leaving many asking, “Can I get a professional to write my essay?”. When looking to relieve themselves of the workload without having to compromise on quality many students often hire writers from Edubirdie to help out. Getting assistance from this writing service reduces stress and provides scholars with ample time to study and perform other tasks. With Neuralink in mind, it will be much easier to put orders online and communicate with writers.

At the same time, though this technology will facilitate the sharing of information between teachers and students, it poses no immediate solution to cutting down on the high workload scholars have to contend with in their educational institutions.

The health sector stands to gain significantly from a world where neural link dominates. This technology could help patients with both mental and physical illnesses. Here are some of the health problems the Elon Musk Neuralink hopes to correct.

This technology could potentially change the process of learning. A brain-computer interface connected to the cloud could have seamless access to the internet. The seamless exchange between your mind and this second brain form means education could take an approach that replaces the traditional.

You could learn new facts just as you’d do using a search engine, but such technology has the potential to reach a level where you acquire knowledge instantly with just a thought. There’s a possibility of becoming an expert in a field and having a successful career in it without having a college degree.

Now messages, calls, talking, and signals are the primary modes we use in communicating. In the future, these forms might take a back seat with the inception of sharing thoughts directly. Yes, that’s right telepathic messages; though it sounds like a story from your favorite sci-fi movie, this ability is one you could have in the future.

Where Traditional Education Stands in Such Society

Will today’s school graduate be obsolete in such a timeline? Will educational institutions have a place where we have seamless and instant access to knowledge. The answer is yes; they’ll still play significant roles in such a society.

The education system adapts to societal changes based on its history. The critical concern in education such technology would pose is the disparity in knowledge between individuals who can afford it and those that can’t. Thereby, it could create a crucial ethical problem.

The Risk We Face

The topic of a brain-computer interface is a controversial discussion in today’s world. Many argue that without the necessary regulations in place, there’s a chance the future might be one of a dystopian society.

The possibilities of the privacy invasion and the government having access to our thoughts can be quite unsettling. Will they have the power to prosecute us based on this information? To what extent can such technology influence our decisions while attached or detached?

Though brain-computer technology isn’t a new concept, with humans using such devices as far back as 2006 — Elon Musk’s Neuralink design possesses a turning point in this technology thanks to being an engineering marvel. It drastically reduces the size of such devices while packing a large information capacity.

With human clinical trials to begin soon, pending approvals, it isn’t far-fetched to think the age of neural links is almost upon us. The age of our minds merging with AI opens up the possibilities of seamless mind communication. Improved solutions to brain damage, direct interaction with technology, instant knowledge of any college course or field, and more seem not too far away from being a reality.