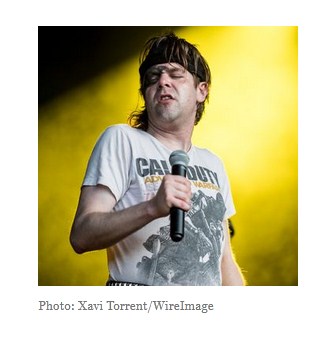 Indie artiste Ariel Pink’s contract with his record label has been terminated following his attendance to the pro-Trump “Save America” rally, which spiraled into an attack on the US Capitol, Vulture reports.

“Due to recent events, Mexican Summer and its staff have decided to end our working relationship with Ariel Rosenberg aka Ariel Pink moving forward,” a tweet from the New York-based record label confirmed on Friday.

On Thursday, Pink had come on social media to explain his role in the rally. The artiste noted that he had attended the rally held in Washington, D.C, to peacefully show his support for the president. In his own sequence of events, Pink said he had participated in the rally on the White House lawn and gone back to his hotel room to take a nap, Yahoo writes.

Pink’s explanation came after a Twitter user called him out, alongside fellow Indie musician John Maus, for taking part in the Wednesday’s rally. Pink confirmed he was part of the rally but denied playing further roles. He vehemently denied being a part of the angry protesters that stormed the Capitol while both chambers of Congress certified the US Electoral College votes.

Following Mexican Summer’s statement on Twitter, there was a cross-section of users who criticized the move by the record label. After the announcement, a user accused the label of “squelching open-mindedness, restraining free thinkers, and promoting a culture that inhibits creativity.”

Pink has always been vocal about his support for Trump. Prior to the election, he had campaigned for Trump and encouraged people to support the second term bid of the president.

Back in December, Pink had tweeted that he was not a MAGA, in response to a user who had queried his unflinching support for Trump. Pink said Trump was the unifying factor holding the country together from imminent collapse. He noted that he was wary of the Biden-Harris presidency.