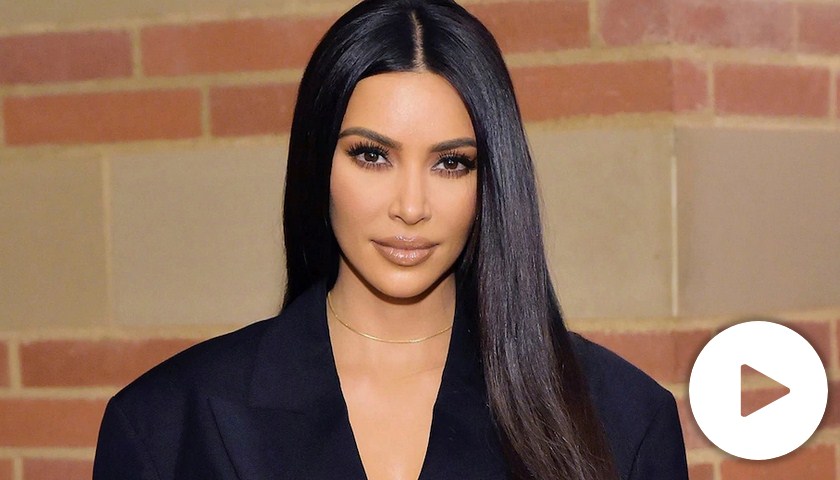 Kim Kardashian is heartbroken over the impending execution of Brandon Bernard, who was scheduled for execution on Thursday, December 10 for his part in the kidnap and murder of Todd and Stacie Bagley, a young white couple in 1999.  Brandon and another teenage boy, Christopher Vialva, had forcefully collected the vehicle of the couple; shut them in the booth for hours, and Vialva later shot them both.

Bernard who was 18 years old at the time he committed the crime, a year younger than Vialva, was sentenced to die by lethal injection. The crime was committed in Killeen, Texas, and the two black teenagers were sentenced in 2000. Kim Kardashian, who is focused on the reformation of inmates, and her legal team have been trying to get a commute for Bernard from President Donald Trump to no avail.

The reality TV star took to her Twitter account hours before Bernard was finally executed at the US Penitentiary in Terre Haute, Indiana, lamenting how great broken she felt that she and her legal team, as well as Bernard’s legal team, have been unsuccessful in helping him escape the execution. The mother of four recounted a visit she paid to the inmate on Thursday and how heartbroken she was that Bernard showed concerns for how his family would fare after he is executed.

“I just completed a phone call with Brandon and it was one of the hardest I’ve ever made,” Kardashian tweeted on Thursday. “Being as selfless as he has always been, he was only focused on his family and ensuring that they were fine. He urged me not to cry because our fight isn’t over.”

Before Thursday, the two legal teams had been trying to get an eleventh-hour stay, hoping that Bernard will be allowed to spend the rest of his life in prison but the request got denied in the early hours of Thursday. Judge James Sweeney of the US District Court of the Southern District of Indiana stated that he didn’t have enough conviction to order the execution to be stopped.

Kardashian kept tweeting until about an hour before Bernard was to be executed. She also sent her condolence to the families of the victims, stating that she is in no way trying to belittle the loss that the family must have felt when Todd and Stacie were killed in 1999. She added in another tweet that killing Bernard would neither bring back the dead nor would it right the wrong that the now 40-year-old man committed over two decades ago.

“Brandon Bernard has only an hour left before he dies on a day that is earmarked as #HumanRightsDay,” the reality TV celebrity tweeted an hour before Bernard was scheduled to die. “We are about to kill a man who was not the person that shot the victims and was also 18 years old at the time of the crime.”

She also explained how changed Bernard was, stating that the prison has rehabilitated him, and he was so different from the boy that committed the crime 21 years ago. Christopher Vialva who shot the couple was executed in September, becoming the seventh person to be executed since July when Trump brought back executions after a 17-year suspension. Bernard was pronounced dead at 9:27 pm.