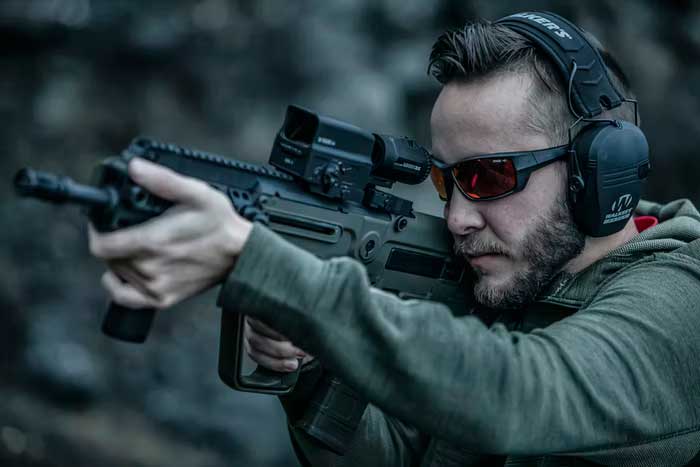 Guns have been a controversial topic for years in the United States. The two ends of the spectrum give valid points to their arguments. This hasn’t stopped firearm lovers from still searching every nook and cranny of the internet for deals on their favorite guns. Today, we will look at the must-have guns to suit your needs.

Often referred to as the best shotgun of all time, the Remington 870 has its admirers in the millions, and it’s easy to see why. The Remington 870 is a pump-action-style gun with a barrel length of 18.5 inches, a capacity of six rounds, a wooden stock, and a fixed cylinder choke, allowing for easy maneuvering.

What makes this shotgun so lovable is its customizability; you can easily take it apart and reassemble it to fit personal tastes and needs, making it a favorite amongst hunters. The original Remington 870 express is not the best for hunting, with a shooting range of only 50 yards, but fitting it with the right barrel solves this problem.

The ammo is also changeable, with bucks and birds requiring different ammo when hunting. It’s no wonder why most people love this gun with its multi-purpose use. Remington filed for bankruptcy for the second time in 2020 and has produced its first gun after this report. Its new gun is the upgraded version of its most sold model in its history, the Remington 870. This costs between $500-$600.

One of the most popular and sought-after guns in America, the Bushmaster, is the most popular company to sell the rifle. We recognize Bushmaster today as its leading manufacturer, but the AR-15 origin lies elsewhere. It was in the 1950s, and the military asked the chief engineer at AR (Armalite Rifle) to create a new rifle.

The result was the AR-10, the older model of the AR-15. AR later sold its designs to Colt, who remodeled it and created the M16, which was the firearm that the military used in the Vietnam war. The AR-15 is semi-automatic, and the reliable AR-15 pistol is allowed for hunting in most American states. This may be ideal for you if you enjoy hunting; however, there is tension surrounding the ban on the gun.

The AR today is a 20-inch barrel rifle with five rounds of a magazine to boot. It has a 16″ carbine and can be fitted with a muzzle to reduce the sound. Depending on your preferred variety, you can get this baby from prices ranging from $600 to $1000.

Walther PPQ’s predecessor, Walther P99, launched the german-based company into the limelight in the late 90s. It was the choice of many law enforcement agencies in the U.S and a popular prop gun used in Hollywood movies. Its trigger safety feature that helps switch between a single shot and a semi-automated pistol made it a “safe” option for law enforcement. The PPQ, released into the market in 2015, hasn’t seen that same level of success.

Slightly smaller than the P99 model, Walther PPQ is easier to conceal and carry around, with its 4″-5″ barrel size and its finger groove handle, making it flexible when positioning yourself to shoot and improving your overall grip. Walther went a little differently with the M2.

This semi-automatic pistol is a 15-round capacity magazine that had its release trigger made ambidextrous, making it comfortable for both right-handed and left-handed shooters. It also comes with different back straps to help the shooter adjust their grip. An example is holding the gun with gloves, which can feel different. A changeable back trap lets the hold feel more natural.

The trigger wall is also something its fans love about it. The wall is hard, but the trigger itself is light to pull, allowing ease when shooting multiple rounds of bullets. In 2021, Walther announced they would discontinue the production of their PPQ and move on to focus on their new line of firearms, the PDP (Performance Duty Pistol.) If you are thinking of collecting one, now is the time to do it before the prices soar up at auctions. This will cost you between $450-$500 but can be lower if you can get a deal for it.

This Smith & Wesson creation is one of the oldest in the market today, but it remains a favorite for gun collectors. Pioneered in the late 1800s, Samuel Colt came up with the predecessors of today’s M10 revolver model. Colt created the Model 10 Colt 1860 and Colt 1861 variations during the civil war and later made the Colt 1873.

Smith & Wesson got into the market and has become a force to reckon with, producing guns since 1899. The general design of today’s Model 10 revolver is a slightly heavy hand-held firearm with a barrel of about 4″ in size. Its magazine spot, which also serves as a chamber, can hold up to six bullets, and it comes in either single or double action. Smith & Wesson has a wooden grip to keep the hands firmly locked on it. The M10 is one a classic enthusiast will love because of the history and reputation behind owning such a gun.

Hunting, target practice, and even collecting guns out of hobby are signs of someone who loves guns. Different people hold one for various reasons, and although some use it to, unfortunately, take the lives of others, guns in themselves are but mere tools. The firearms mentioned above are praised for their features, style, and effectiveness. For the avid collectors out there, we hope this piece of information is helpful in your hunt for the next gun.