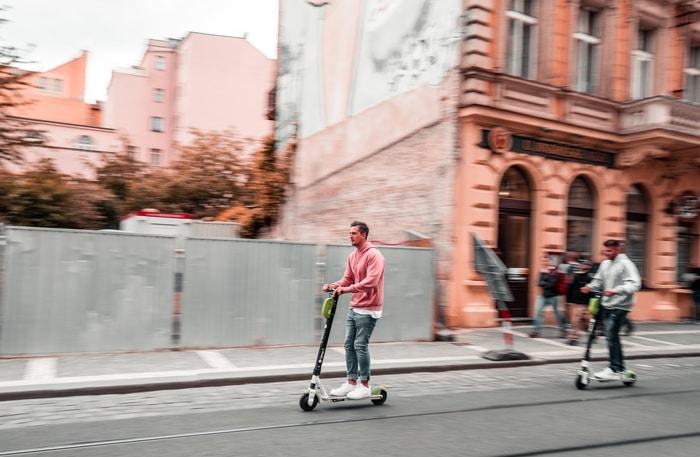 Electric scooters are gaining popularity worldwide as a form of recreation and as an alternative means of transportation. A 2013 study by Navigant Research revealed that 12 million scooters have been sold worldwide. Although most popular in Asia, with China leading the pack with 9.4 million sold, North America is now seeing a surge in electric scooter sales as well.

In China, the costs of buying are scooters are quite low. Its lead-acid battery is similarly priced to scooters powered by gas, while the majority of scooters worldwide cost quite a bit more because of their more expensive lithium-ion batteries.

By 2024, North American scooter sales, along with motorcycles, are projected to be worth $675.7 million USD. It is believed that increasing environmental concern is leading this market growth.

Whatever the reason, scooter sales are now more popular than ever.

What are Electric Scooters?

Electric scooters are mini-vehicles, which can be recharged by them plugging-in. This is a process similarly used by your phone or computer. The rechargeable battery allows you to ride for a specific period entirely without fuel.

Most electric scooters have about 50cc of power, a 3kW electric motor, and a 2kWh lithium battery.

They can ride for about 50 miles before charging, at a top speed of 30 mph, and cost approximately $5,000 USD.

However, recent innovations have introduced a 125cc model, which has a 3-4 kWH lithium-ion battery and a 7 kW electric motor. They can ride for approximately 50 miles, at a top speed of 50 mph, and cost approximately $8, 000 USD.

Electric scooters are becoming a popular way of commuting to and from work all over the world, as an alternative to more expensive and bulky cars.

The cost of commuting to and from work on a scooter is much lower than using traditional means of transportation such as your own vehicle, or even public transportation, such as the bus, train, or subway system.

They are easily stored because of their small compact size. This small size means that you do not have to worry about parking your scooter on the street and having it stolen or exposing it to the elements for prolonged periods of time. Instead, tuck it away on your balcony, or a small corner of your garage, quickly and easily.

Electric scooters also promote a healthy and active lifestyle. What better way to explore nature trails and new areas of your city and surrounding areas?

Environmentally, electric scooters pollute less than cars, reducing carbon emissions. It is thought that by using your electric scooter for 10 miles, you can reduce 3, 500 grams of carbon per day. While this may not seem drastic, its full extent can be seen when multiplying this by 10, 000 people. Carbon emissions can be reduced by 35 metric tons daily. When this is multiped by the population of a larger metropolis, the numbers are staggering.

Finally, electric scooters can reduce the need for short car tips. This in turn, reduces traffic jams and parking demands.

Batteries are considered the most important part of the electric scooter; its lifespan and functionality depends on it. Battery technology has been improving over the years and today’s North American electric scooter is almost exclusively powered by lithium-ion batteries.

Lithium-ion batteries are the newest development and for this reason, are the most expensive.

Their major advantage is their lightness and longevity; they are the lightest and longest-lasting battery available on the market.

Older forms of batteries include Nickel Metal Hydride (NiMH), which are made specifically for the type of scooter they come with and Seal Lead Acid Battery (SLA), which is much heavier than the previous two.

Riding your scooter every day increases the longevity of the batteries. In addition, batteries should also be charged after each use.

Use only compatible chargers and replace batteries when they stop charging or do not hold a full charge.

Replace only with compatible batteries. Check the battery for voltage, current, and power rating.

Keep batteries away from moisture and dampness.

Many cities all over the world are developing programs to attract interest in the electric scooter. For example, in 2018, the city of Calgary, Alberta implemented a two-year “Dockless Bike Share Pilot” program that provides residents with “more transportation choices that focus on sustainability, health, and the environment.” Residents are able to rent electric scooters on a short-term basis from the city.

Electric scooters are the newest innovation in transportation that appear here to stay.  Although in certain Asian countries they are a reliable and cheap means of commuting, they are also finally catching on in North America. The trend only appears to be increasing and many cities are now on board with catering to electric scooter riders.