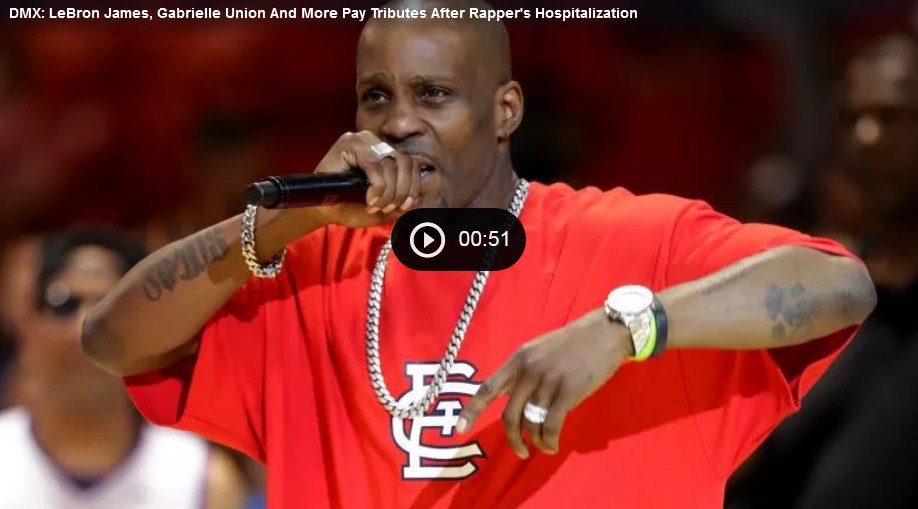 DMX’s manager and friend, Steve Rifkind, said the Ruff Riders’ Anthem rapper is not dead, even though news of his death is flying all over town. Fifty-year-old DMX whose real name is Earl Simmons is still on life support and in a coma; and his family may make a decision concerning his situation soon, Rifkind said.

Rifkind said in an Instagram video that DMX is still alive and that people should stop spreading unfounded rumors of his death.

“Everybody posting these rumors, DMX is still alive, he is on life support,” Rifkind said. “Let the family relax for a night. You’ll be hearing a statement from the family sometime tomorrow…the only thing I ask is to stop with the rumors.”

The rumor gained intensity when Luenell wrote that “it is over, my friend is gone.” And then the hashtag #RIPDMX began to trend like wildfire and thousands of fans took to social media to mourn the legendary rapper. But after learning that DMX is still alive, Luenell deleted her misleading post and stated that “when your spirit leaves and your organ fails you, the body becomes just a shell.” She went on to state that “one becomes wrapped in the Lord’s arms; that’s what I call gone. I’m sorry to all.”

Claudia Jordan, host of Fox Soul, also erroneously posted on Twitter that DMX died earlier in the week and prayed that he would “rest in paradise.” But she deleted the post as well after learning that the rapper is still on life support. She even apologized to millions of DMX fans for the error.

While his family asked for prayer and privacy at this time, DMX’s attorney Murray Richman said his client is still in grave condition after reportedly speaking with his family and manager. In fact, inside sources said his brain activity is down to zero and there is no improvement at all since he got admitted on April 2.

DMX was addicted to substances since his heydays in the early 1990s. Following his release from prison in 2019, he went for rehabilitation to be weaned off his drug addiction. Sources said his bout with drug overdose possibly occasioned his heart attack while friends and family continue to ask for prayers. Master P blamed the industry for abandoning DMX in his trying times, saying rappers should have a union to care for one another when the chips are down.