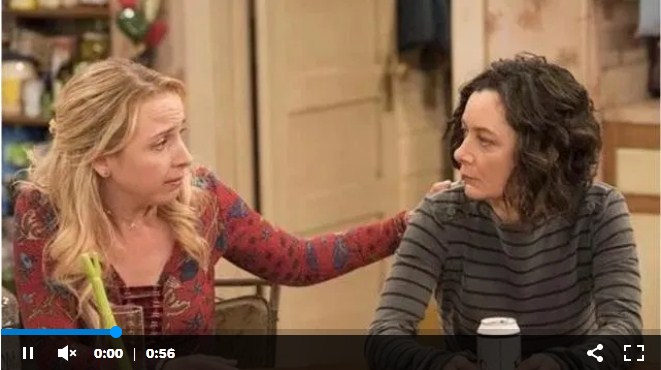 The Season 3 finale of “The Conners” has been shot and dedicated to the memory of audio crew member Terrel Richmond who died recently. The ABC comedy series is produced by Werner Entertainment and the production company confirmed the death of Richmond who slumped while walking beside the road. Richmond died on Friday and the finale season of the sitcom was shot on Saturday.

Werner Entertainment said Richmond had been working with the company for more than 25 years before his unfortunate death. They requested people to let his family grieve by respecting their privacy. Although close associates said Richmond died after slumped while walking on a catwalk, Werner Entertainment did not initially identify him by name and said he died of a medical event.

“With heavy hearts, we regret to confirm that a member of our technical crew suffered a fatal medical event today,” the movie production company wrote in a statement. “He was a much-loved member of The Conners and Roseanne families for over 25 years. As we remember our beloved colleague, we ask that you respect the privacy of his family and loved ones as they begin their grieving process.”

Movie director Jody Margolin Hahn confirmed Richmond’s death and co-actor Michael Fishman did the same, adding that the last episode of the comedy was shot while cherishing the deceased’s contributions to the overall project. Fishman said he will remain connected to Richmond forever since they shared the stage together and lived a significant part of their lives together, Deadline reports.

“The Conners” is said to be a spin-off of “Roseanne” which was rested after Roseanne Barr, the main star was sacked for posting a racist tweet in 2018. The revival of Roseanne in an iteration was canceled and The Conners took its place. Following the cancelation of Roseanne, the main character who was the matriarch of the family was killed off by dying from opioid overuse.

The cast of Michael Fishman, Lecy Goranson, Laurie Metcalf, and Sara Gilbert among others featured in The Conners. The sitcom explores family perspectives on family survival, drug use, immigration policies, prison reforms, and healthcare among topical issues facing families today. The comedy features issues that make people cry and laugh while facing the ups and downs of relationships. It is emotionally charged as people witness the financial handicaps and caregiver roles that people face in every home.

“What’s different now is we are missing our matriarch in the show, so our roles are redefined as they would be in a family,” Sara Gilbert explained. “People step up, relationships strengthen, and people have to step into more of a caregiver role. It’s allowed us to explore some new stories.”