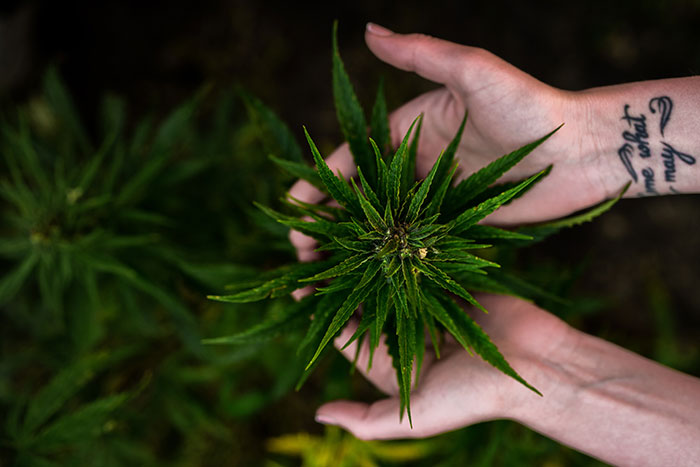 The immune system rests at the very center of our being, influencing how we react to viruses from the outside. This system defines our health and long-standing survival, the very performance of our bodies. When it doesn’t function correctly, we see things such as AIDS and other autoimmune disorders, arthritis, allergies, and so on. Cancer is yet another sickness where the immune system doesn’t function correctly.

Cannabis has been shown to influence the way our immune system works. However, does it actually treat autoimmune conditions and cancer? If so, how does it do that, and what are the benefits? Apparently, scientists have been working hard on uncovering these things, and they’ve come up with surprising answers. These are very interesting findings.

We know that the cannabinoids in cannabis not only lead to psychoactive effects but they also interact with the body’s endocannabinoid system. The ECS is filled with neurotransmitters that further exert control on our brain and body. For instance, when THC interacts with the CB1 receptors, it may treat chronic pain, regulate blood sugar levels, and even improve the way your memory functions. However, it can also affect the immune system in various ways.

Did you know that cannabinoids are known as natural immunomodulators? An immunomodulator modulates or regulates the way the immune system works, simply put.

Does cannabis benefit our immune system?

While we don’t know too many details, some studies have shown that cannabinoids may decrease inflammation by suppressing the immune system. However, this might also mean that you won’t be warned in due time if something bad happens to you. After all, inflammation fulfills a very clear role – that of a warning that something’s wrong. Not only this but it also actively fights against viruses and other foreign pathogens trying to kill you.

While you’re no longer suffering from pain and inflammation, you also fail to receive the help your immune system sends via the inflammation. You have to decide on a course of action depending on the severity of your affliction and your priorities. Using cannabis to decrease your pain and inflammation is a good decision to make when your medical condition isn’t too severe. Otherwise, it might make matters worse.

Cancer and AIDS are two cases where the immune system is extremely weakened and doesn’t work as it should. Recent studies have shown that cannabis might improve the functionality of a weakened immune system. Therefore, it might help individuals suffering from AIDS and cancer get a grip on their health condition. However, these results are only at the initial stage, and we still need further research to know for sure.

Regarding a potential cancer treatment, cannabis has been shown to trigger apoptosis, which is the process through which cells commit suicide. Cancer is basically a condition where the immune system can’t induce apoptosis to certain parts of the body, which results in uncontrollable and cancerous growths called tumors. If cannabis can artificially induce apoptosis, this might mean that it could cure cancer or keep it under control.

With regard to HIV and AIDS, these conditions rely on the fact that the immune system is too weakened to fight off against the virus. Cannabis being the natural immune system strengthener that scientists have found it to be, it might make a difference in the fight against AIDS. Some research shows that cannabis artificially raises the number of T-cells, which are cells used to terminate or destroy dangerous pathogens in the body.

Lastly, cannabis might also improve the health and stability of people who suffer from neurodegenerative conditions. Animal tests have shown that cannabis can influence neurogenesis and neurodegeneration, processes by which nervous tissue is removed and created. With conditions such as brain injury and strokes, this function could turn out to be life-saving for many people.

We don’t know for sure if cannabis can provide efficient help with these conditions, but the science sure points to that direction. Cannabis might be a good idea even for healthy individuals, as it keeps your immune system strong. As for people choosing to use cannabis to treat various medical conditions, you should consult a professional medical provider first!