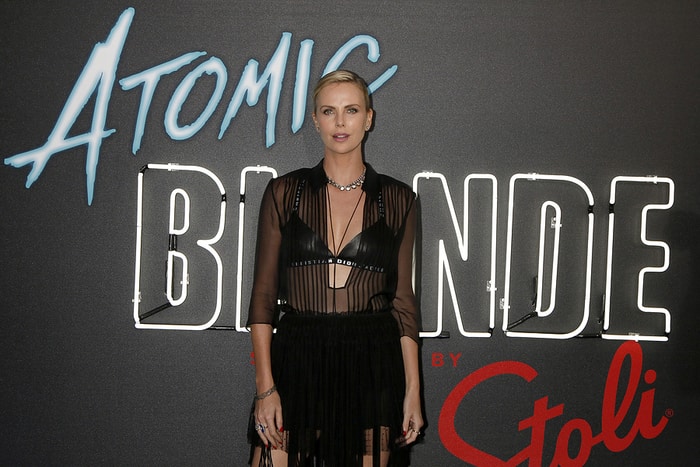 Action movie star, Charlize Theron, said it is insulting to have her train for six weeks longer than her male counterparts for the 2003 movie The Italian Job. The Oscar winner was only thinking back on her old movie roles and relating that experience to how gender discrimination exists in the movie industry.

The 44-year-old mother of two said she underwent six extra weeks of intense physical training before they allowed the camera to roll on her in The Italian Job. Other actors such as Donald Sutherland, Jason Statham, Edward Norton, and Mark Wahlberg among others also featured in the movie, but Theron said she vividly remembers Wahlberg throwing up halfway through one of their training sessions because he could not cope from doing 360s.

“There was a real pressure to pull off those stunts with the actors…there was a very unfair process that went with that,” she said. “I was the only woman with a bunch of guys and I remember vividly getting the schedule in our pre-production, and they had scheduled me for six weeks more hard training than any of the guys. It was just so insulting.”

She recalled that she was really under fire to outperform her male counterparts in the movie, and challenged them to catch up with her in the fitness training and in the performance of stunts.

“I realized there was still so much misconception around women and the genre,” she said. “I was like, ‘All right, you guys want to play this game, let’s go.’ I made it a point to outdrive all of those guys.”

According to her, she constantly needed to prove that a woman can take down a man twice her stature when she started starring in action movies. She noted that she was always ahead of herself to prove to audiences that a woman can do almost anything a man can do, and so she exerted herself so much to earn the reputation she enjoys today.

Theron made it clear that she only began to accept herself as a credible action heroine after her role in the 2015 movie Mad Max: Fury Road produced by George Miller.

“It wasn’t until ‘Mad Max: Fury Road’ came my way – that experience and what happened with that film really changed the trajectory for me,” she stated. “I don’t think I will ever recover from the making of that film.”

Her latest movie is Netflix’s The Old Guard which reportedly generated views from 72 million families across America in its first week of release. Theron said she couldn’t believe that the movie would be so popular with fans and said “it’s pretty nutty…crazy.”