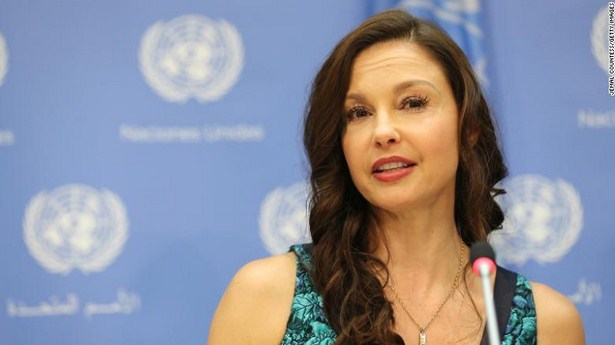 Actress and human rights activist, Ashley Judd, is currently admitted to the ICU unit of a South African hospital. She is suffering from a broken leg after falling in the forests of the Congo. Sharing the details of the incident, Judd told Nicholas Kristof of the New York Times that it took 55 hours after she sustained injuries in the fall before she could get to the hospital.

The Double Jeopardy star said she was in the jungles of the Congo to conduct research into bonobos when she fell over a fallen tree trunk. She said she did not see the log across her path and fell heavily into it, breaking her leg because of the long strides she was doing. She said from the time she injured herself to the time she was taken to a hospital for surgery on a motorcycle was 55 hours.

“Accidents happen – and there was a fallen tree on the path which I didn’t see and I had a very powerful stride going and I just fell over this tree,” she said. “As I was breaking my leg, I knew it was being broken.”

She recounted that the time it took for the motorcycle to get her to the hospital was six hours. She stated that “I was at the edge of my very edge” since she held the top of her broken tibia together with her hand on the motorbike until they reached the hospital where she was admitted for surgery.

According to her, she was “howling like a wild animal” with her “badly misshapen leg” before help came, and she was biting down on a stick to deal with the excruciating pains she suffered. Judd said she was lucky to be admitted immediately for surgery since many native Congolese or South Africans would not be so lucky.

“I had to physically hold the top part of my shattered tibia together, and we did that for six hours,” Judd stated. “The difference between a Congolese person and me is disaster insurance that allowed me 55 hours after my accident to get to an operating table in South Africa.”

Judd spends most of the time of the year in Africa where she researches bonobos which are an endangered species of monkeys and works to raise global awareness for animal protection and poverty in Africa.