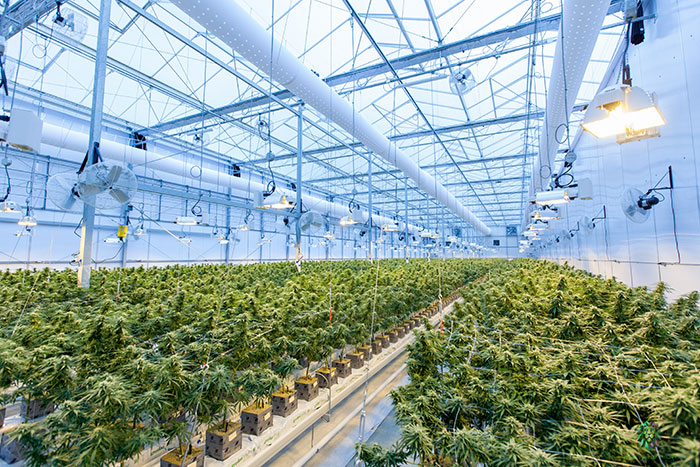 Up until relatively recently, the number of cannabis or CBD products available was limited. The arrival of CBD gummies, topicals, and vaping products was considered ‘revolutionary’ at the time. However, as technology within the marijuana and hemp spheres continues to improve, we see remarkable changes.

Imagine creating a method of boosting the bioavailability of cannabinoids? Nanoencapsulation does just that.

Wouldn’t it be easier for police officers to have a handheld cannabis breathalyzer? That particular ‘invention’ is close to becoming commercially available.

How about tailoring products to customer needs, or having them delivered to their door? Guess what? We have all of that!

Another group of individuals we need to thank is growers. These are the folk that cultivate and harvest the plants. Then, a company uses one of several extraction methods to take out the cannabinoids. We also have significantly better testing, a process that offers peace of mind for consumers.

There is no question that traditionally, the cultivation and harvesting processes are labor-intensive. For companies in the sector, labor costs are high, and they are seeking ways of reducing the expense. Automation has become a viable option. While the technology has some way to go before it is ‘ideal,’ a rising number of organizations are taking tech innovations on board.

From nutrient and irrigation automation to ozone water recycling and indoor climate control, the world of cannabis growing is changing.

The marijuana growing industry is worth billions of dollars. However, getting your foot in the door is difficult and requires a considerable level of investment if you aim to cultivate commercially. Here is a quick overview of some expenses:

Although the costs vary depending on your location and the size of the facility, a start-up cost of over a million dollars is typical. While there isn’t much you can do to avoid application fees unless you want to break the law, automation could help trim other costs.

The sad fact is that automation can reduce a company’s labor costs. This is good news for the organization, but terrible for individuals seeking work. Other areas to benefit from automation include:

A prime example of automation innovation in practice is the work of Aurora and Solaris Farms. The Aurora Sky farm in Alberta, Canada, is an 800,000 square foot hybrid greenhouse that looks like a glimpse into the future. Robotic arms lift large pallets of cannabis onto conveyor belts and cranes. Meanwhile, inspection drones fly overhead to ensure everything is up to par.

Furthermore, Solaris created one of the largest-scale hybrid greenhouse projects ever seen in Nevada. The company’s workforce is just forty, but it produces an incredible amount of marijuana. It uses digitally controlled HPS bulbs and LEDs, along with natural light. Solaris is close to opening another facility. Dubbed ‘Solaris 2.0,’ it will consist of 350,000 square feet of space. It will contain specialized grow benches that make their own heating and cooling airflow. There are also plans for digital video plant surveillance.

Is This the End for Human Cannabis Workers?

On the surface, it appears as if the end is nigh for manual labor in the marijuana market. After all, machines can seemingly do it all:

However, automation has yet to provide an answer for harvesting cannabis and beyond. There are machine trimmers on the market, but they come with a host of problems. For a start, they are costly. At present, it is more cost-effective to hire people to trim cannabis.

Perhaps more importantly, there isn’t a machine trimmer on the market capable of the human touch. Most trimmers damage precious trichomes, which contain valuable cannabinoids such as THC and CBD. Although Solaris is an industry leader in automation, it continues to hire staff to trim its plants by hand. A skilled trimmer can process approximately 32 ounces of cannabis a day.

We have now reached the stage where it is possible to place an entire marijuana growing operation on auto-pilot. When you get it right, you can expect higher yields with a more consistent level of quality. Best of all, you benefit from lower operating costs in total. Now it is possible to place environmental factors under human control. As a result, companies require less human interaction, thus reducing the possibility of human error.

It is relatively expensive to get started, but you should see a fantastic return on your investment. For enormous enterprises like Aurora and Solaris, automation makes perfect sense, given the sheer size of their operations. What does all of this mean for the marijuana industry’s employment figures?

In early 2020, the cannabis industry was the fastest growing in the United States, with over 243,000 jobs. This figure would increase markedly if the federal government ever legalized it. While it is true that cultivation now requires less staff than before, a safe pair of human hands are still needed for trimming. Perhaps companies will solve that puzzle in due course, but until then, growers need skilled team members. Incidentally, you can learn about the different aspects of trimming, growing, and much more, on WayofLeaf.