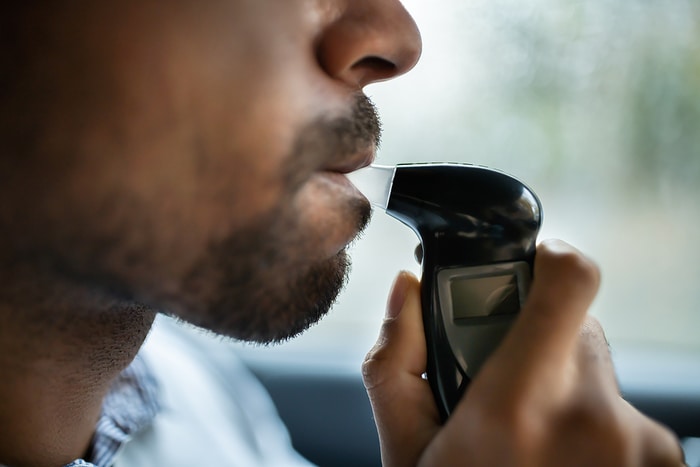 According to the National Institute on Drug Abuse, cannabis is the illegal drug most frequently discovered in the blood of drivers involved in road accidents. A study by Biecheler et al., published in Traffic Injury Prevention in March 2008, involved looking into blood samples of French drivers involved in fatal traffic accidents.

Between October 2001 and 2003, 10,000 accidents involving 17,000 drivers were analyzed. Marijuana was #1 in the list of illicit drugs detected with a prevalence of almost 7%. However, 21% of the drivers tested above the legal alcohol limit. Moreover, approximately 40% of motorists with alcohol in their system had also used marijuana.

Even so, there is little doubt that consuming cannabis and getting behind the wheel is irresponsible and dangerous. It could negatively impact judgment, reaction, and coordination. In the United States, cannabis legalization advocacy group, NORML, acknowledges the danger. It suggests that drivers shouldn’t consider driving for at least three hours after using a small amount of pot.

Those who use cannabidiol products have less to worry about. Drivers can safely use CBD topicals and other items because they don’t cause an intoxicating high. Even when roadside cannabis testing is perfected, devices will not pick up CBD.

The Trouble with Cannabis Roadside Testing

Like alcohol, cannabis is a potential intoxicant. Unlike alcohol, it is challenging for law enforcement to test THC levels. When an individual consumes alcohol, tracking how it is absorbed, distributed, and eliminated from the body is a relatively simple process. As a result, police officers know that a driver’s Blood Alcohol Content (BAC) is a good indicator of their level of intoxication.

They have had access to the breathalyzer for decades, though there were quarrels over the accuracy of the numbers it produced until the 1960s. Eventually, however, most people were convinced that the device was a reliable measure of inebriation. These days, every jurisdiction has a maximum BAC level for drivers. If you are caught with a higher amount, you face a DUI charge.

Creating a similar machine, a cannabis breathalyzer, is a lot trickier. Drug screenings measure the level of THC metabolites in the body. For instance, a urinalysis measures THC-COOH in urine. The problem is, the nature of cannabinoids’ chemical composition means they can remain in the bloodstream for several days after using cannabis. It can take weeks for a regular user to give a ‘clean’ sample after abstaining.

Therefore, if a driver is tested for cannabis consumption via a typical urine test, they could test ‘positive’ for THC, despite not using cannabis that day. In 2014, the AAA Foundation for Traffic Safety found that 17% of drivers involved in fatal accidents had THC in their system in Washington state. However, there is no way of knowing whether they were ‘stoned’ at the time of the accident.

Will the Cannabis Breathalyzer Come to the Rescue?

The number of people who have admitted driving while ‘high’ is disturbing. In Colorado, cannabis is legal for recreational use. The Colorado Department of Transportation (CDOT) conducted a survey in 2017. It discovered that around 70% of motorists admitted driving while under the influence of THC in the previous year! The precise level of increased risk is unclear. However, it is hard to argue that driving while stoned is more dangerous than driving while sober.

We can’t understate the importance of finding a quick and reliable means of testing for THC roadside. The race is on to find a cannabis breathalyzer, and Hound Labs Inc. claimed it had taken the lead in 2018. It announced that its device was one billion times more sensitive than a typical alcohol breathalyzer.

After detailed research into the topic, Hound Labs concluded that timing was everything when testing. While its device can determine the level of cannabis in a person’s breath, recency of use was more important. THC only remains in a person’s breath for 2-3 hours after use.

Law enforcement officials can carry the device and get drivers to blow into the tube. It features indicator bars that show if there is THC in the person’s breath. Interestingly, it also doubles as an alcohol breathalyzer.

In 2019, Hound Labs said it was moving forward with the device, and planned to charge $5,000. It is primarily for construction companies and the police to use. It cited a small study of 20 people that it oversaw as proof that its breathalyzer works. It apparently detects a trillionth of a gram of THC per liter for up to three hours after use. In early 2020, Hound Labs said it planned to have the device ready for sale by the middle of the year.

The Game is Afoot

Predictably, the company faces stiff competition. In 2019, the University of Pittsburgh announced that it was working on a tool to detect THC. It uses carbon nanotubes (100,000 of them are the size of a human hair) to recognize THC. The device can do so even if there are other substances in the breath. The University says that nanotechnology sensors can detect THC levels at the same level as mass spectrometry.

In May 2020, Cannabix Technologies Inc. unveiled an updated version of its THC Breath Analyzer (THCBA). The company claims its device can detect accurate results in five minutes. It uses a disposable spit trap and easy to read screen prompts for positive or negative detection of THC in a person’s breath.

There are doubts about whether the company is financially stable enough to enter the market. Cannabix reported a net loss of over $3 million in the first nine months of the most recent fiscal year. Moreover, it didn’t report any revenues over the same period.

It seems inevitable that we will see a commercially available cannabis breathalyzer sooner rather than later. Perhaps by 2021, police departments will begin using them, although it is too early to provide a precise date.

Another issue that law enforcement must navigate is determining what constitutes impairment. Fewer than ten American states have legal guidelines that outline what an ‘illegal’ level of THC is when driving. When the new technology is finally implemented, it will help to have a consensus on what the legal limit for THC is. At present, it is best for individuals who use cannabis to call a cab rather than drive and risk arrest.

You can also use CBD products from brands such as Premium Jane. This company performs detailed testing to ensure the THC content of its items is minimal. As cannabis breathalyzers test for THC, you should be on safe ground, although there are no guarantees.