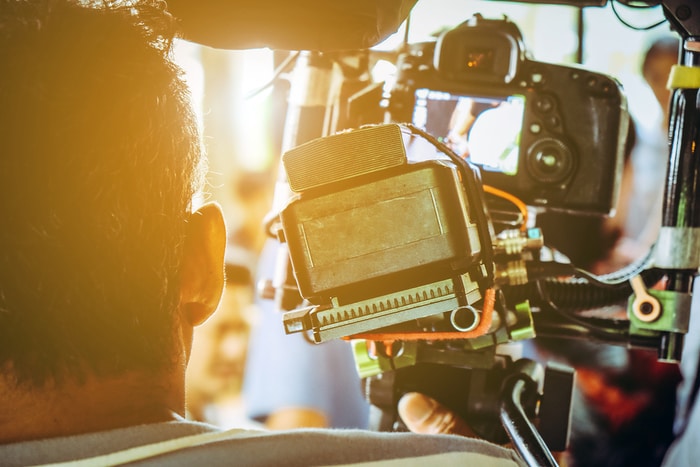 In today’s world, fewer and fewer young people are reading books just for fun, which is normal, because now any book can either be read on an electronic gadget or listened to on audio. But what is important is that students can be inspired for studies by something new they see in movies! So in this article, you will find a list of great educational films for students.

The Oscar-winning drama tells the story of a prodigy, a daring young man who does not attach much importance to his abilities. His life is changed when a professor asks students to solve a problem that mathematics cannot solve for 2 years. Will Hunting manages to do this. Professor agrees to take care of the protagonist and change his life only on one condition: Will must undergo psychotherapy courses. Turns out, it is not easy to do. A motivational story about how important it is to deal with internal fears and complexes in order to change and how important it is not to neglect your talents and unique abilities. The movie is on the list of the 250 best movies of all time.

Winner of 4 Oscar nominations, the entertaining drama “A Beautiful Mind” has won a place among the best films in the world. A film about the life of the eminent mathematician John Nash, who developed unique game theories and made many important scientific discoveries. The venue is Princeton, one of the most prestigious universities and research centers in the United States, where the genius boy John enters the 40s. Success, worldwide recognition, money – all this awaited for brilliant scientists after his theory was published. The only problem is how to distinguish reality from illusion when schizophrenia begins to destroy your life.

An exciting thriller about a mysterious murder series at one of the most prestigious universities in the world – Oxford. Strange circumstances and evidence of the murder prompt the student to start his own investigation with an outstanding professor of mathematics and logic. Numerical sequences and mathematical ciphers from the killer reveal to the seekers’ new secrets of Oxford and lead to unexpected results of the investigation.

In 1971, Philip Zimbardo, Craig Haney, and Curtis Banks decided to conduct a psychological experiment and find out why people in prison behave violently. To test this, they sent college students to a simulated prison in Stanford’s cellar and divided them into 2 groups – some playing guards and the other criminals. Although everyone was mentally healthy and knew it was just an experiment, some guys started showing signs of sadism, chronic stress, and depression. Viewers will be able to learn about the reasons for such rapid changes and their consequences as they view the tape. The film was shot based on real events and is being explored in psychology and sociology lessons. Because it is considered quite cruel, often, students who write essays on this topic seek help from assignment writers Uk. Will humanity over the triumph of evil that pervades university walls?

Viewers learn about the life of a unique student, an American prodigy, an online genius, and web activist Aaron Schwartz. When he was 12, he started a project that is considered the forerunner of Wikipedia. Subsequently, Aaron was actively involved in projects without which it is impossible to imagine a modern web. He became the founder and director of the Demand Progress organization, which required authorities to urgently update the legislation. However, Schwartz was not always lucky – in 2012, he was prosecuted and threatened with about 30 years in prison. He decides to invent something to avoid this long therm. What did the genius invent and how did his story end? Find out in the movie.

This documentary will tell about the brightest representatives of the young mathematical elite. Every year, talented teenagers living in different countries compete for the title of winner of the International Mathematical Olympiad. Tape viewers will be able to find out what difficulties the British team of wizards overcame in order to enter the 2006 competition and how they managed to win 4 silver and 1 bronze medals. Some of the students had a form of autism, others thought they were crazy or just obsessed, but no one dared to doubt their mathematical ability and lightning success. Students have proven that it does not matter how you are perceived by others. If you like something, do not back down.

In the season of short films, we have to mention one short but impressive film. This is a story about two students exploring the peculiarities of human brain functioning. Having identified certain patterns, they find a way to cause people hallucinations that resemble the appearance of God. And then an extremely dangerous religious sect begins to hunt for students.

The social network feature film tells about the creation and development of Facebook.

As a student, Mark Zuckerberg was not always in demand and satisfied with life, but his extraordinary thinking and abilities in the field of it-technologies helped him to develop.

This film is built as a series of flashbacks that catch up with heroes during two trials related to the redistribution of particles and shares of the company. In addition to Zuckerberg himself, the main characters in the film are his business partner and former friend Eduardo Saverin, who sponsored the first steps of his social network, and the Winklevoss twin brothers, who tossed Mark idea of ​​creating a similar site and hired him for this job.

But in addition to money and technology, the picture has a lot of personal: love, dreams, friendship, and betrayal. And it’s not one person’s story, it’s Facebook’s story.

In this article, you may find movies of different genres, years and subjects combined by one theme – student life. And this is not a complete list. The main thing is that each of these films shows students something new or old and forgotten, but still important. Enjoy.